This article was originally published by Ramon Tomey at Natural News.

An expert in toxicology and molecular biology warned that the Wuhan coronavirus (COVID-19) vaccines will “sterilize an entire generation.”

Dr. Janci Lindsay issued this warning during a Dec. 7 roundtable discussion hosted by Sen. Ron Johnson (R-WI). She stated that the mRNA COVID-19 shots could “potentially sterilize an entire generation” or “be passed on to next generations as inadvertent gene transfer.”

“[It is] absolutely irresponsible to continue any of these shots [for children and people of child-bearing age] without investigating this. There is no what that we can say at this point that [the mRNA vaccines] are safe and effective,” Lindsay said.

She also pointed to claims that the Pfizer and Moderna COVID-19 vaccines stay in the injection site, which have since been debunked as the mRNA travels throughout the entire body.

“We were told initially that it would just stay in the arm, but it does not. It ends up being distributed throughout the entire body for both Moderna and Pfizer,” Lindsay remarked. The toxicology expert with over 30 years of scientific experience added that the Moderna vaccine’s mRNA content has not been found in the kidneys.

“Now, what are those tissues? The brain, the spleen, the endocrine glands, the bone marrow, the blood, the ovaries, and the testes. Now, what happens when gene therapies get to the ovaries and testes? Well, we just don’t know because unfortunately, it hasn’t been adequately studied.” (Related: Covid vaccine spike proteins attack male fertility, too.)

Lindsay warned that the mRNA vaccines have the potential to cause immense reproductive harm and sterilize an entire generation. “This has not been looked into, and it must be looked into,” she said. “I am demanding now that this be investigated.”

“This experimental therapy may have permanently damaging effects on the human genome for multiple generations or perpetuity,” wrote Thorp. “It was incumbent upon the stakeholders to have excluded long-term effects prior to rolling this novel experimental gene therapy out. The long-standing golden rule of pregnancy has never allowed unknown substances to ever be used in pregnancy.”

Thorp cited studies of the Pfizer mRNA vaccine done by the Japanese Pharmaceuticals and Medical Devices Agency, which were obtained through a Freedom of Information Act (FOIA) request.

The results of the studies confirmed that the mRNA shot was immediately absorbed in the bloodstream within 48 hours. Moreover, the mRNA coated in lipid nanoparticles (LNPs) concentrated in the ovaries 118-fold during the same time period.

“Not only do the biodistribution studies document the disastrous concentration of the LNP in the ovaries adjacent to the precious and limited ova – the life of all our future generations – but it also concentrates in the thymus gland in fetal life, potentially rendering permanent harm to the ‘seed of the immune function for life,’” Thorp said.

Thorp also pointed out that the British government advocates against injecting the COVID-19 vaccine in pregnant and breastfeeding women and has remained steadfast in this stance. However, he mentioned that the United Kingdom’s official website “underhandedly buried this recommendation deep in a sea of useless information.”

This, according to Thorp, was “a brilliant strategy” as the official website will provide plausible deniability of liability if future litigation ensues.

He ultimately remarked: “The peer-reviewed publications of COVID-19 vaccine ‘adverse events’ in just 18 months far exceeds those published from all other inoculations, all over the world in all of the past century.”

This video is from the Scriptural Scrutiny channel on Brighteon.com. 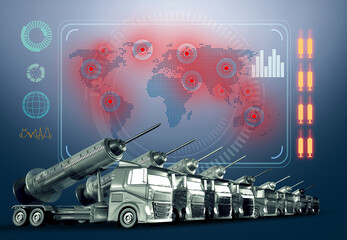