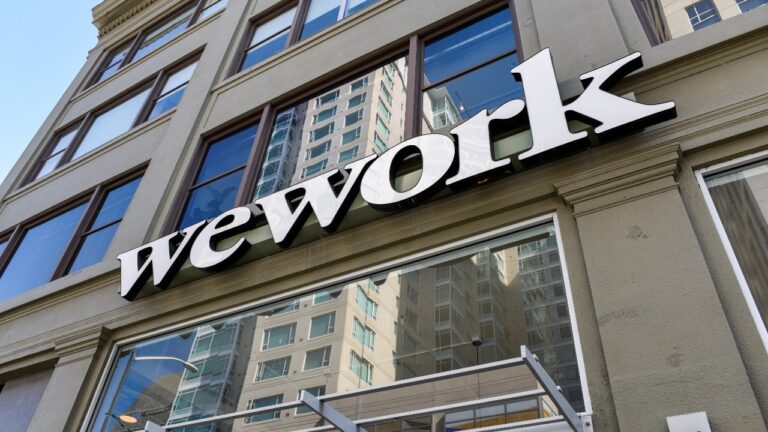 WeWork Inc. is trying to turn a profit before its once formidable cash reserves run out. The Federal Reserve’s efforts to fight inflation have made that harder.

Recession fears and tech-industry job cuts are weighing on demand for co-working desks. Meanwhile, money-losing companies such as WeWork are squeezed by higher interest rates, which have made debt harder to come by and the promise of future profit less appealing to investors.

WeWork, saddled with expensive long-term leases and more than $3 billion of debt, recorded a negative cash flow of around $4.3 billion between July 2020 and September of this year. It has been able to cover its losses partly with loans and equity investments from its biggest backer, SoftBank Group Corp., which to date has sunk more than $10 billion into the business.

WeWork has burned through nearly all of it. The company has $500 million in undrawn debt commitments from SoftBank and has said it expects to end 2022 with $300 million in cash, less than one-third of what it had at the end of 2021. Its debt contracts allow it to borrow another $500 million.

WEWORK PLANS TO SHUTTER 40 LOCATIONS IN US

WeWork chief executive Sandeep Mathrani said in an interview that the company has enough resources to make it through next year, even if its occupancy drops by 10 percentage points. In November, WeWork said it would close 40 money-losing U.S. locations, and Mr. Mathrani said he can close more to preserve cash.

“We’re not waking up today, like most other companies, talking about streamlining because they see the current headwinds,” he said. “We’ve been streamlining the company since March of 2020.”

Some analysts say WeWork is still paying the price for its pursuit of growth at any cost under former chief executive Adam Neumann.

Fitch Ratings this month downgraded some of WeWork’s bonds, which already were rated at one of the lowest junk bond ratings. The company’s shares are down more than 70% this year.

WeWork’s “challenges may be exacerbated by deteriorating macro conditions in 2023,” Fitch wrote in its report. The ratings firm said that the company may need to raise more money in 2024. WeWork bonds were trading 48 cents on the dollar as of Monday, down from 97 cents in January.

The fate of co-working businesses, which sign long-term leases that can be as long as 15 years and rent out their space by the month or year, has been closely tied to the economy. If companies lay off workers or start worrying about falling profit, they are more likely to ditch desks as well. The tech industry, which accounts for a big share of WeWork’s customers, has seen a surge in layoffs. Meta Platforms Inc., Amazon Inc. and Twitter Inc. are among those announcing job cuts.

Co-working memberships are often easier to jettison than traditional office leases because of the shorter leases. WeWork pays a fixed rent for most of its leases, meaning it can rack up steep losses if it can’t fill desks.

WeWork has some things breaking in its favor. Recession fears and the growing popularity of remote work could make short-term co-working memberships more appealing to companies unwilling to commit to long-term leases in an uncertain environment, real-estate brokers say. Even after recent job cuts, tech companies still employ far more people than a few years ago.

“Flexible office space has tailwinds,” said Mr. Mathrani, who served as CEO of mall owner GGP Inc. before taking over WeWork in 2020. “It almost reminds me of my shopping-center days, when e-commerce sales were going up and brick-and-mortar sales were going down.”

A weak office market also gives WeWork more bargaining power with property owners, said Alexander Goldfarb, an analyst at Piper Sandler & Co. He said that while WeWork’s leases are long-term, the company only signed guarantees for a few years of rent payments in most cases. “They can go back to the landlord and be like, look, we want to stay, but we’re not paying this rent anymore, so cut us a new deal,” Mr. Goldfarb said.

WeWork’s losses have narrowed this year, and 72% of the company’s desks were leased in the third quarter; that is up from 50% in the summer of 2020 but still well below the 84% occupancy rate in 2018. Mr. Mathrani said demand for flexible office space is coming back more slowly than he anticipated in the U.S., where occupancy continues to lag behind Europe and Asia.