Viral ATM that shows users’ bank balances slammed by Charlamagne tha God: 'Why would you want to use this?' | Republican Investor

Viral ATM that shows users’ bank balances slammed by Charlamagne tha God: ‘Why would you want to use this?’ 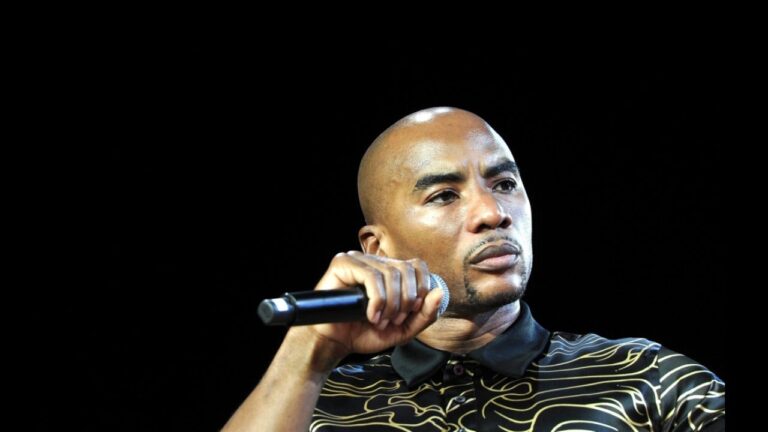 Multimedia mogul Charlamagne tha God is not impressed with a unique ATM put on display at Art Basel in Miami.

“The Breakfast Club” host coined the viral cash machine as a reflection of a “peacock, show-and-tell era.”

“The ATM sold for $75,000 at Art Basel, and the owner of it can place it wherever he wants. And there will be some idiots who use it because we live in an era where folks just simply like to show off,” he said Tuesday on “The Breakfast Club.”

“Why would you want to use this?” Charlamagne asked. “Rich or poor, why does anybody need to know how much dough you [have]? I have no idea.”

The Brooklyn art collective MSCHF, behind the ATM, was the same group that made headlines with its controversial “Satan shoes” that contained a drop of human blood in the sole, Charlamagne pointed out.

Titled “ATM Leaderboard,” the machine snaps a picture of its users and ranks them by how much money is in their banking account.

DJ and music producer Diplo posted a video of himself using the ATM in a viral post on Instagram that received over 120,000 likes. The artist received applause and cheers after the screen displayed his “checking” account with “$3,004,913.06.” He captioned the post: “i just won art basel.”

But Charlamagne did not appear nearly as excited about the ATM, saying that using the machine poses “the risk of shaming the hell out of somebody at a time when so many folks are facing financial hardship.”

“Why would you want to publicly embarrass people in this way?” Charlamagne asked. “Because there are some people on this leaderboard with zero dollars. Probably because they didn’t know this wasn’t a typical ATM. They probably put their Chase or Bank of America card in there just to check their account.”

“On the flip side,” Charlamagne asked, “what if you got money? What if you’re holding a little something? You’ve got $2.9 million dollars [and] now everybody there knows you got that kind of money. Now, you got a target on your back.”

“I don’t want to live in a world where we are ranking people by their bank account balances,” he added.

Charlamagne quoted a statement from MSCHF explaining the motivation behind the ATM stunt: “‘ATM Leaderboard is an extremely literal distillation of wealth-flaunting impulses. From its conception, we had mentally earmarked this work for a location like Miami Basel, a place where there is a dense concentration of people renting Lamborghinis and wearing Rolexes.’”

Charlamagne summed up the segment with his final thought: People like to show off.

Charlamagne gave MSCHF his “Donkey of the Day” award for encouraging wealth-flaunting.