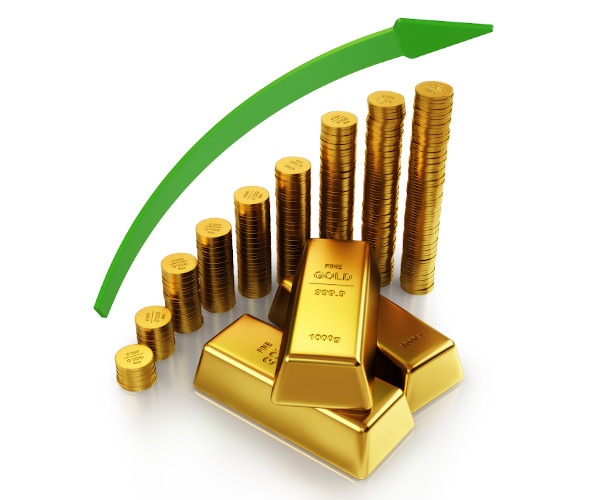 While 2022 may have been a disappointing year at points for some investors, rumors of gold’s demise have been greatly exaggerated. The yellow metal is climbing in price again, and has just about erased all of its losses for the year. With fears of recession growing, the stage could be set for gold to start off 2023 on a strong footing.

Even with an overall flat year of price growth so far, gold’s performance exceeds that of various market indices. And if next year ends up being one of recession, it could end up being a good year for gold. Rising demand for gold could help contribute to a rising gold price, and there are three factors that are helping drive that.

There’s a growing cost of living crisis in this country as even households making well into six figures are finding themselves living paycheck to paycheck. While inflation may have pulled back slightly, we’re not out of the woods yet. If you look at the roller coaster inflation rates of the 1970s, you’ll notice many pullbacks that yielded to higher increases in the future.

While the Federal Reserve has tried to signal that it’s committed to fighting inflation, what it has done so far is barely a drop in the bucket. The money supply is starting to fall, which might normally presage a fall in prices, but a few months of changes isn’t the same thing as a long-term trend.

In the meantime, food and energy prices remain elevated. Housing prices have yet to react to higher interest rates, and housing affordability is the worst it has been in nearly 35 years. And prices for both new and used cars remain higher than they were just a few years ago.

With the cost of living having increased so much in such a short time, it’s no wonder that so many Americans are facing difficulties. Discretionary spending seems to be quickly becoming a luxury, as millions of households are facing problems even affording the basics. And as those households begin to pull back on discretionary spending, companies throughout the economy are going to feel that.

Higher interest rates are impacting manufacturing too, helping lead to a slowdown. Overall industrial production could be at a tipping point right now, on the verge of trending downward as the reality of decreased consumer spending and higher expenses combines to dampen consumption.

The parallels between today and 2008 seem to be growing by the day. In 2008 the government tried to tell us early in the year that everything was okay and the economy was doing fine, just like it has tried to do this year.

We’re hearing the same type of story today, with real estate experts opining on the strength of the housing market and the unlikelihood of a repeat of 2008. Meanwhile signs are growing that the housing market is facing problems, with hundreds of thousands of recent homebuyers already underwater. It’s almost as if we should believe the exact opposite of whatever the current narrative is.

People who are attuned to what is happening are beginning to see the writing on the wall and realize that not everything is okay with the economy. They see that recession is on the horizon, and they realize that a bubble as big as the current one, when it bursts, could result in a bigger crisis than 2008. And that’s why so many people have started to try to protect themselves.

Protect Your Investments With Gold and Silver

One way to do that is by buying gold and silver. Demand for these two precious metals has grown tremendously this year, as investors have sought to protect their portfolios with precious metals.

Both gold and silver have served as safe haven assets for centuries, and they’re often among the first assets people demand when they flee to safety. Their performance during times of crisis has made them popular too.

During the stagflation of the 1970s, for instance, both gold and silver grew at an annualized rate of over 30% each year over the course of the decade. And in the aftermath of the 2008 financial crisis gold nearly tripled in price while silver more than quintupled.

Now that we may be on the cusp of another crisis, investors are starting to try to stay ahead of the curve, buying gold and silver to protect themselves preemptively against another financial crisis. Gold and silver prices have risen accordingly.

One increasingly popular option to buy gold is that of a gold IRA, which allows you to invest in physical gold coins or bars while still enjoying all the same benefits of a tax-advantaged IRA account. With the ability to fund a gold IRA by rolling over or transferring assets from a 401(k), 403(b), TSP, IRA, or similar retirement account, investors have the ability to protect their existing investments and maintain the same tax advantages they have come to rely on.

If you’re looking ahead anxiously at the pitfalls facing the economy, and you’re worried about the safety and well-being of your investment assets, maybe it’s time to start thinking about protecting your wealth with gold and silver. Call the experts at Goldco today to learn more about how a gold IRA can help you.
_______________
Trevor Gerszt is the founder and CEO of Goldco, a precious metals dealer in Los Angeles. For more than 20 years, Trevor has sought out ways to help people build long-term wealth through the security and stability of precious metals and other alternative assets. Goldco is A+ Rated by the Better Business Bureau, a 5-Time INC 500 Winner and has countless 5-Star Reviews for its quality customer service, dependability and strong reputation.