Stephen Moore to Newsmax: Fed Inflation Target 'on the High Side' | Republican Investor

Stephen Moore to Newsmax: Fed Inflation Target ‘on the High Side’ 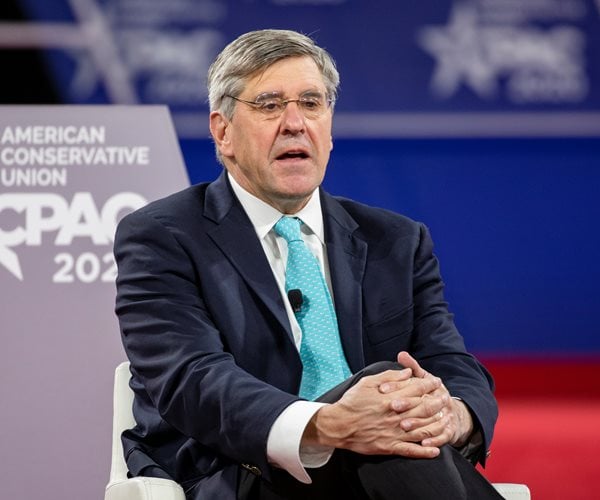 Moore during an appearance on “American Agenda” said of the Fed, “Hell no they shouldn’t” abandon the target of 2% inflation, adding, “even for me, 2% is a little on the high side.”

Moore added, “When Trump left office, we had a 1.5% inflation rate. What’s changed? I’ll tell you what’s changed: Biden came in and spent $4.5 trillion. That’s what changed. He dumped the economy with money … the idea of like changing the goal is a crazy idea.”

He said: “The other thing that’s going on as you just mentioned, you know, the stock market’s down what, 800 points today? We got lousy retail sales numbers for November … that was the beginning of the Christmas season for shopping. I’m worried about next year, and I think people should be. It just seems like the direction of the economy right now is very negative.”