Sam Bankman-Fried's relatives asked Bahamas prison if he could get vegan meals there: report | Republican Investor Sam Bankman-Fried’s relatives asked Bahamas prison if he could get vegan meals there: report 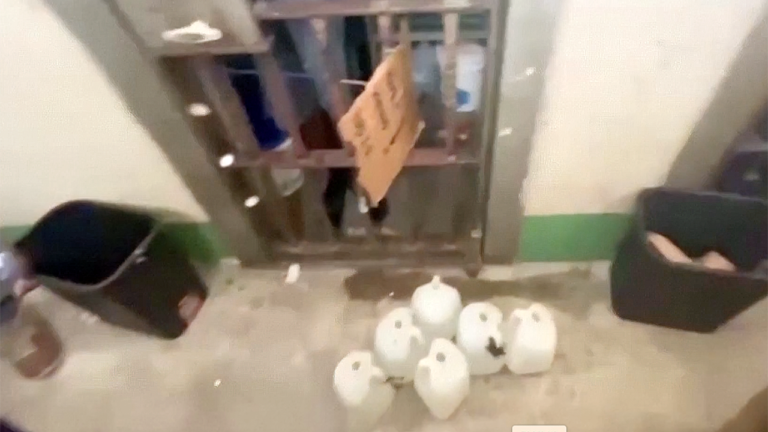 Relatives of FTX founder Sam Bankman-Fried reportedly have called the notorious prison where he is being held in the Bahamas to ask if vegan meals could be delivered there to him.

A source told Bloomberg that the request was made Tuesday night, but Bankman-Fried is not allowed visitors at the Fox Hill correctional facility due to coronavirus restrictions.

The ask comes after Bankman-Fried’s lawyers unsuccessfully argued this week that the former cryptocurrency exchange founder should be released on $250,000 bail because of him needing to take medication and stick to his vegan diet, according to Coindesk.

“Maximum-security cells for men measured approximately six feet by 10 feet and held up to six persons with no mattresses or toilet facilities. Inmates removed human waste by bucket. Prisoners complained of the lack of beds and bedding,” the report said. “Some inmates developed bedsores from lying on bare ground. Sanitation was a general problem, and cells were infested with rats, maggots, and insects.”

“Overcrowding, poor sanitation, and inadequate access to medical care were problems in the Bahamas Department of Correctional Services men’s maximum-security block,” the report added. “The facility was designed to accommodate 1,000 prisoners but was chronically overcrowded.”

But Bankman-Fried, according to sources that spoke to Bloomberg, currently has his own room in the medical block of the Fox Hill prison, where he is awaiting an extradition hearing scheduled for Feb. 8.

Prior to his stay there, the 30-year-old was living large at a $40 million penthouse apartment at the Albany Resort southwest of Nassau, on the opposite side of New Providence Island.

The Albany Resort covers 600 waterfront acres, with a “rare collection of amenities” that make it, according to the brochure, “a quiet island getaway, sportsperson’s paradise, elegant retreat and genuine community.”

Federal prosecutors in the Southern District New York have charged Bankman-Fried with eight counts of conspiracy and fraud, according to an indictment that was unsealed Tuesday morning.