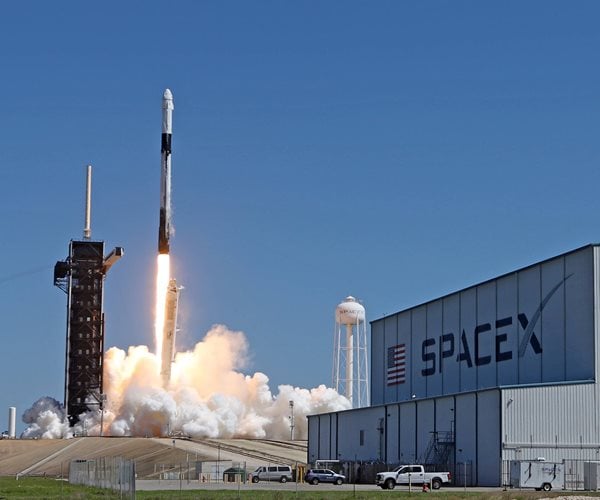 The order, which seeks to adapt the U.S. to soaring private-sector development in space, would simplify existing space laws’ licensing procedures for more routine activities like the deployment of satellites and launching of rockets.

In addition, the order tasks the Department of Commerce with creating an online tool to guide companies through maneuvering different agencies’ licensing procedures for space-related activities.

Construction of the order is under the White House’s National Space Council purview, a group headed by Vice President Kamala Harris. It’s reportedly slated for the president’s approval by early next year.

The move comes as businesses like SpaceX, Blue Origin, Boeing and Virgin Galactic plan on investing billions of dollars in the fledgling industry over the next decade for projects like space stations, service satellites and orbiting spaceships.

Just recently, SpaceX CEO Elon Musk announced his company agreed to a new partnership with the Defense Department for Starshield, a modified version of the company’s Starlink program for government usage.

Meanwhile, billionaire Jeff Bezos is vying for Blue Origin’s new Artemis lunar lander to be picked for official use by NASA, with Dynetics and Northrop Grumman fielding a joint model together in the competition.

“As the only company to successfully build a crewed lunar lander, Northrop Grumman will be an excellent partner as we support NASA’s inspiring efforts to return humans to the lunar surface,” Dynetics President Steve Cook said of the partnership.