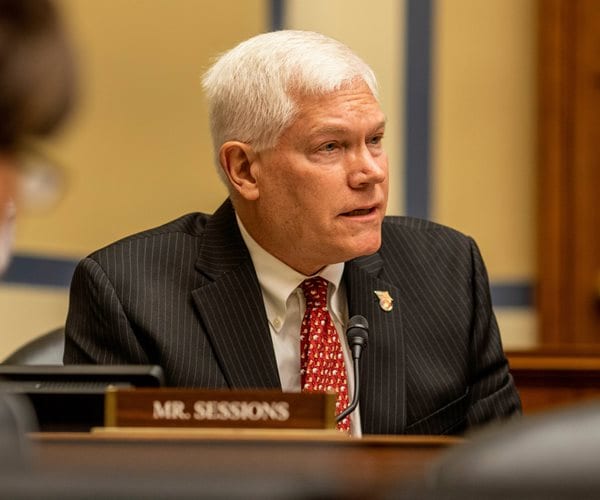 Even if cybercurrency exchange company FTX did not have a regulatory scheme, it still had to follow the laws of the land; and it may become necessary next year for the House Financial Services Committee to subpoena FTX founder Sam Bankman-Fried to testify, Rep. Pete Sessions said on Newsmax Thursday.

“One year ago today, there was a panel that gave testimony of all my direct questioning about the ability that we had to avoid fraud and the panel agreed,” the Texas Republican told Newsmax’s “National Report.” “Well, just transparency is all that’s necessary. That transparency did not work.”

“There would be a criminal matter when you defraud someone based up on your professionalism,” said Sessions. “If you’re going to take people’s money, if you’re going to establish yourself this way, then you need to be held accountable.”

Meanwhile, Republican lawmakers from Texas Thursday unveiled an extensive plan on border security, reports Fox News, and Sessions said that the immigration crisis is largely one that is being ignored by the mainstream media.

“They have not even brought to focus the plight that that is happening at our border because of the policies from an outrageously unprofessional Biden administration and Homeland Security,” he said. “Some 300,000 children are engaged in human trafficking in Texas [along with] that staggering fact of 300 people a day dying as a result of fentanyl … it’s a real problem.”