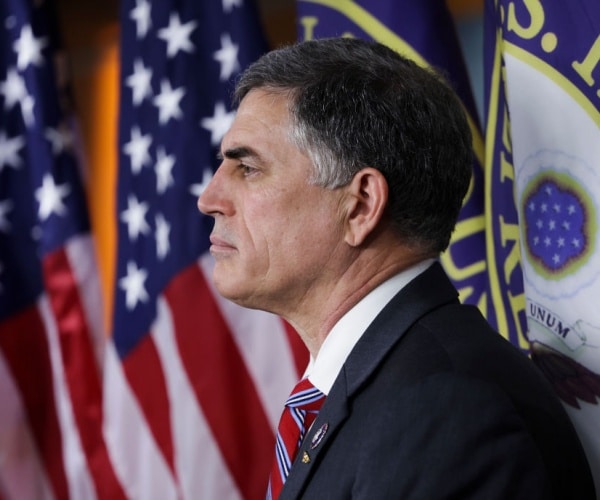 When the government is involved in determining who has the right to free speech on a social media site, as files being released by new Twitter owner Elon Musk are showing, “we have a serious problem,” Rep. Andrew Clyde, R-Ga., said on Newsmax Friday.

“This shows that the government is colluding with Big Tech to silence the free speech of individuals,” Clyde told Newsmax’s “American Agenda.” “It’s such an egregious matter. This week I introduced a bill called the Free Speech Defense Act, and that bill would bring to an end the collusion between government and free speech.”

Such proof of government involvement, Clyde said, comes from reports that the FBI was having “weekly meetings with Facebook” or that a portal was “created with CISA, the Cybersecurity Infrastructure Security Agency, that allows certain liberal groups and the federal government to join together and cancel certain posts by conservatives … the government is prohibited by the First Amendment from engaging in censorship of free speech.”

Clyde, a member of the House Oversight Committee, said that once Republicans have the House majority in January, there will be investigations, and “We are going to see exactly how much collusion there was between Big Tech and federal government agencies, and we’re going to expose that to the American people.”

Social media sites can be regulated without being controlled by the government if a push is made to ensure they remain open to various viewpoints, he added.

“You’ve got to make sure the government stays out of it,” Clyde said. “This Free Speech Defense Act would prohibit the government’s involvement, so I think that’s a very important aspect of it. I look forward to pushing that forward in the 118th Congress when Republicans have the majority.”