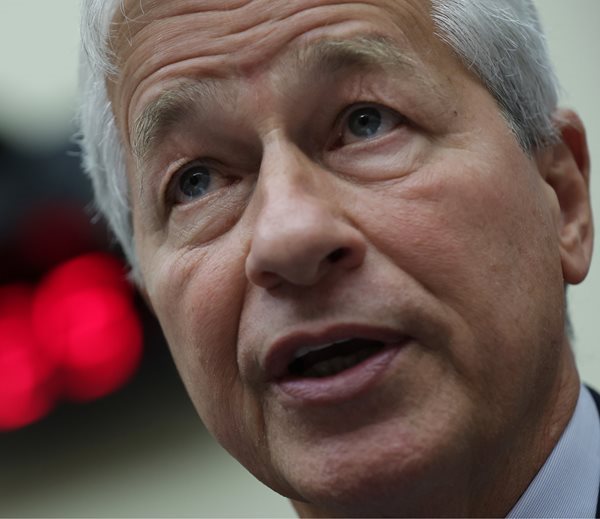 Share
Facebook Twitter LinkedIn Pinterest Email
Corporate America is starting to feel the chill of a looming recession as top executives from companies such as JPMorgan Chase & Co., Walmart Inc. and United Airlines paint a grim economic picture for the coming year.

A survey by the Business Roundtable of top U.S. CEOs on Monday showed companies were planning to slow down hiring and capital investments for the next six months as borrowing costs rise sharply.

The U.S. Federal Reserve’s relentless war on inflation, which is at a multi-decade high, through aggressive rate hikes is roiling the economy and forcing companies to lower their earnings forecasts and rein in expenses.

JPMorgan CEO Jamie Dimon warned of a “mild to hard recession” next year as a slowing economy and runaway inflation hurt consumer spending, while Scott Kirby, his counterpart at United Airlines, has flagged plateauing demand for air travel, indicating “pre-recessionary behavior,” in their interviews with CNBC this week.

“Cautious CEO commentary about the 2023 outlook is logical at this juncture with so much uncertainty around how much the Fed’s battle against inflation will slow the economy,” said Arthur Hogan, chief market strategist at B. Riley Wealth.

Some of the largest American banks are already sounding alarm bells on the economy in their client notes, with a few predicting a slowdown, while others are signaling an outright recession.

A Reuters poll of economists published on Thursday showed that U.S. economic growth was expected to slow to 0.3% in 2023 following a 1.9% rise this year. It also suggests a 60% chance of a U.S. recession next year.

Tesla Inc. CEO Elon Musk said in October a recession would last until the spring of 2024.

Walmart CEO Doug McMillon told CNBC a downturn might be the necessary evil to ease inflation for his customers, who are more budget conscious.

A Wall Street Journal report said Pepsi is looking to lay off hundreds of workers in headquarter roles, potentially joining a list of corporations, from tech majors to consumer firms that are reducing headcount to rein in costs as they brace for the uncertain outlook.

Signs of a recession are driving American companies and brokerages that cover them to dial down profit expectations, with S&P 500 firms likely to see their first decline in earnings in two years in the fourth quarter.

While forecasts for the size and timing of recession vary, expectations for an economic recovery largely hinge on the Fed’s stance on rates.

“While there is significant uncertainty on the timing and severity of this downturn, we think that financial markets may react sooner and more violently than the economy itself,” said J.P.Morgan Chief Global Markets Strategist Marko Kolanovic.

Fed’s rapid pace of rate hikes has pushed the S&P 500 down about 17% in 2022, and barring any major rallies in the three weeks until new year, the benchmark index is set for its worst year in four.

“Continued cautious comments is leading investors to become skeptical of a full rebound in markets and is part of the reason that recent rallies have failed to gain strong momentum,” said Rick Meckler, a partner of Cherry Lane Investments, a family investment office in New Vernon, New Jersey.