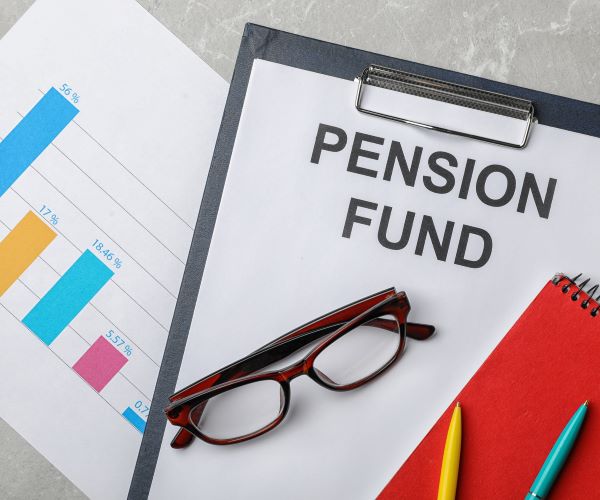 After the stock market tanked for three years in between 2000 and 2002, the bottom fell out during the 2008 financial crisis, according to the Boilermaker’s Union:

Five years of pension gains were wiped out in 2008, according to a pension funding report from Milliman, Inc., a global consulting and actuarial firm. The lost value totaled $7.2 trillion, or about half of that year’s U.S. gross domestic product. [emphasis added]

Five years of gains, gone – just like that! This is the sort of thing that happens when speculative bubbles collapse, and investors (or pension funds) who’ve taken on risk in the hope of higher returns suffer the consequences.

Since that big crash happened 14 years ago, things haven’t gotten much better for pensioners. As far back as 2017, we observed:

Since 2008, five major U.S. cities have filed for bankruptcy for their troubled public pension programs. Then in January of this year, the U.S. Treasury granted permission for a public pension to renege on its beneficiary obligations for the first time — based on a new legal precedent set back in 2014.

Still later, not much had changed, especially for state pensions, which were billions of dollars underfunded in all but one state:

Only one state has fully funded pensions, based on 2018 data, the most recent year of available data. Six other states have over 90% of all pensions funded, yet four states do not have the money to meet even half of their pensions obligations. The funding gap is anywhere from $1.1 billion to $184 billion.

As you can see, public pensions have been stuck on a 14-year downward trajectory. Why? It might have something to do with unreasonable expectations for ROI, according to Forbes:

Almost all public pension funds assume investment returns somewhere around 7% (and some as high as 8%+). That’s highly unlikely due to the debt we’ve accumulated, and debt is a drag on future growth.

A more conservative and realistic approach would force the state and local governments to fund those pension plans at a much higher level. They have only two ways to do that: either raise taxes or reduce services. [emphasis added]

In fairness, this can happen to anyone. All you need is an annual return goal that’s just out of reach… It’s always tempting to take on more risk (more equities, longer-duration bonds) in order to meet that goal. That tends to work when markets are euphoric – then it stops working when markets return to reality.

And the consequences, as you can see, can be extreme.

Just to walk you through the math – losing five years worth of 8% annual returns means a 32% drop in your balance. That’s not the kind of performance anyone wants to see in their long-term savings!

And once those gains are gone, how do you replace them? Save more, spend less. Or, if you’re a pension fund? Collect more fees and reduce benefits (or, if you’re feeling lucky, pile on even more risk… like a gambler to stays at the table, hoping the next hand will help him “win it all back.”)

Unfortunately, decades of pension trouble culminated last year, when we discovered that $86 billion of taxpayer money was earmarked to bail out troubled pensions. That bit of federal largesse was hidden inside the third COVID stimulus spending package passed during the pandemic.

Maybe your Senator didn’t even see that part…

By the way, this is the reason that, even if you’re one of the many people who doesn’t have any claim on a pension, this story matters. Personally, I believe you have a right to know where your tax dollars are going!

So far, the pension problems we discussed have happened out in the open. (With a little research, you could follow the story since the 2008 financial crisis, with a little more persistence, all the way back to the dot-com bubble.)

As I said before, anyone can get in trouble by taking on more risk than they really want. Individuals, pension funds, hedge funds – it can happen to anyone.

Now we’re going to discuss a much larger, behind-the-scenes issue that risks blowing up pensions – and, once again, leaving taxpayers on the hook…

“This puts pensions at extreme risk”

According to several media reports, pension funds could be part of a big and global debt problem, in the form of “hidden, off-balance sheet dollar debt.”

The Bank for International Settlements (BIS) warns the public of high FX swap debt for pension funds and non-banking financial firms. This puts them at extreme risk since the amount of debt exceeds the stocks of dollar Treasury bills, repo, and commercial paper altogether.

The total FX swap debt these pension funds and non-banking financial firms have is $80 trillion.

This is an $80 trillion problem. For some perspective, that’s about 3.5x the U.S. annual GDP – in other words, not one we can easily overcome.

Its main warning concerned what it described as the FX swap debt “blind spot” that risked leaving policymakers in a “fog”.

It has grown from just over $55 trillion a decade ago, while the churn of FX swap deals was almost $5 trillion a day in April, two thirds of daily global FX turnover.

For both non-U.S. banks and non-U.S. non-banks such as pension funds, dollar obligations from FX swaps are now double their on-balance sheet dollar debt, it is estimated. [emphasis added]

The risk becomes obvious when we take a look at the daily risk in the currency markets. Every day, “$2.2 trillion worth of currency trades are at risk of failing to settle,” which represents about 1/3 of all foreign currency exchange trading daily.

So why are pensions even dabbling in foreign currency exchange?

Remember, the U.S. dollar is still the global reserve currency – which means that the majority of cross-border financial transactions are both denominated and settled in dollars.

The world needs dollars. The “FX swap” risk comes when the value of currencies changes between the borrowing and the repaying steps.

When currencies are volatile (as they have been so far this year), this risk increases.

Now, $80 trillion is a huge number – but what would such a crisis actually look like?

Fortunately, we have one very recent example to draw on…

When UK pensions got in trouble, everybody lost

Wolf Richter laid out the cause and effect of the recent UK pension crisis in his unique style:

In the UK bond market, the bond vigilantes have come back to life with a vengeance after the new government announced a massive package of tax cuts for the rich (by scrapping the top income tax rate and canceling an increase in corporate taxes, in the classic form of trickle-down economics) accompanied by a surge in spending due to very expensive energy subsidies for businesses and households. While inflation is already raging at around 10%.

Global investors saw this combination of reducing government revenue while increasing spending, and voted with their money.

Remember, in an era when currencies aren’t backed by anything but faith and hope that the money-printers won’t print too much money, the only thing that gives them value is demand.

When the world saw the Truss administration’s plan to lower tax collection and spend even more money? They knew inflation would get worse.

Suddenly, no one anywhere wanted to own the pound sterling.

Things got so bad that the Bank of England (BoE) had to step in and buy government bonds, even though they didn’t want to.

This was a crisis of confidence – which cost citizens 23% of their purchasing power overnight!

What’s worse, UK pensions had taken on unexpected risks… the BoE was able to prevent the nation’s pensions from collapsing this time.

The $80 trillion risk we discussed above is only the latest potentially-destabilizing issue hanging over the world’s financial markets. Are there more?

Absolutely. All too often, we only discover these risks when they blow up in our faces.

That means it’s time for everyone who dreams of a secure financial future to reconsider their exposure to risks – both obvious, known risks as well as the stealthy, unknown risks haunting the global financial system…

There’s a reason they call it a “golden parachute”

If you’re concerned about the possibility of that $80 trillion hidden liability and its effect on the global financial system, now is a good time to rethink your risk exposure. Consider whether physical precious metals like gold and silver would help you put your financial future on a more stable foundation. Physical precious metals have proven track records as safe havens, and diversifying your savings with gold and silver can help insulate your hard-earned money against financial crises.

Better yet, gold and silver may even increase your wealth during frightening economic times. Take a moment and learn about the benefits of precious metals, or request a free Precious Metals IRA info kit.
_______________
Peter Reagan is a financial market strategist at Birch Gold Group. As the Precious Metal IRA Specialists, Birch Gold helps Americans protect their retirement savings with physical gold and silver. Based in the Los Angeles area, the company has been in business since 2003. It has an A+ Rating with the BBB and hundreds of satisfied customer reviews.