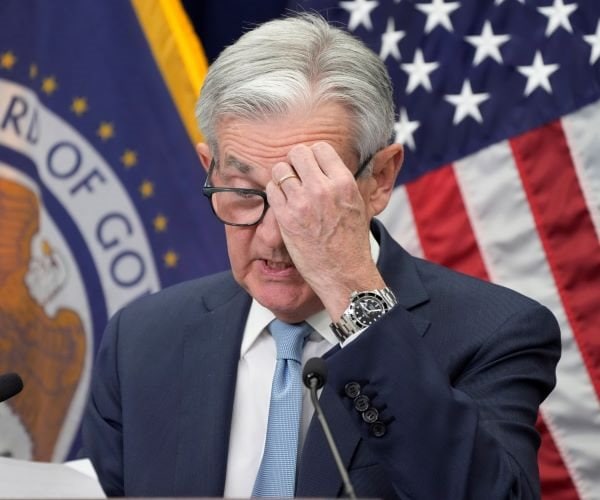 Despite the Federal Reserve’s decision to reduce the size of interest rate hikes, inflation will remain a major headwind well into next year.

The U.S. central bank’s rate-setting Federal Open Market Committee on Wednesday voted to boost the rate half a percentage point, taking it to a targeted range between 4.25% and 4.5%.

The Federal Reserve also signaled that it sees the terminal rate at 5.1%.

The inflation data received so far for October and November show a welcome reduction in the monthly pace of price increases. But it will take substantially more evidence to give confidence that inflation is on a sustained downward path,” said Fed Chair Jerome Powell.

Driven by cooler-than-anticipated inflation data on Tuesday – after which all three Wall Street indexes closed higher – and after four straight three-quarter percentage point hikes, we finally get a smaller bump: half a percentage point.

This is the seventh and final hike of the year and it appears that the Fed is cautiously winding down its hiking program.

The most eagerly awaited part of the event was the press conference with investors keen to judge Fed Chair Jerome Powell’s words to see if there was guidance about the central bank outlook being more hawkish or dovish.

It was clear that Powell is still concerned about inflation and, therefore, was keen to talk down expectations.

We may have seen, or be seeing, peak inflation but, clearly, inflation will still be an issue for well into next year.

As such, investors should take a look at stocks that are likely to be recession-resistant. For example, people will still need food, energy and financial services during a downturn. These sectors should do well.

Although it is likely that investors will be seeking to increase exposure to growth stocks towards the end of 2023 as cost of living eases and global growth picks up pace, it’s important that they don’t get ahead of the market right now.

More favorable market conditions are coming in 2023, and the Fed’s latest decision on rates supports this. But inflation remains the major headwind for investors into next year.
_______________
London-born Nigel Green is founder and CEO of deVere Group. Following in his father’s footstep, he entered the financial services industry as a young adult. After working in the sector for 15 years in London, he subsequently spent several years operating within the international space, before launching deVere in 2002 with a single office in Hong Kong. Today, deVere is one of the world’s largest independent financial advisory organizations, doing business in 100 countries and with more than $12bn under advisement. It specializes global financial solutions to international, local mass affluent, and high-net-worth clients. In early 2017, it was announced that deVere would launch its own private bank. In addition, deVere also confirmed it has received its own investment banking license.