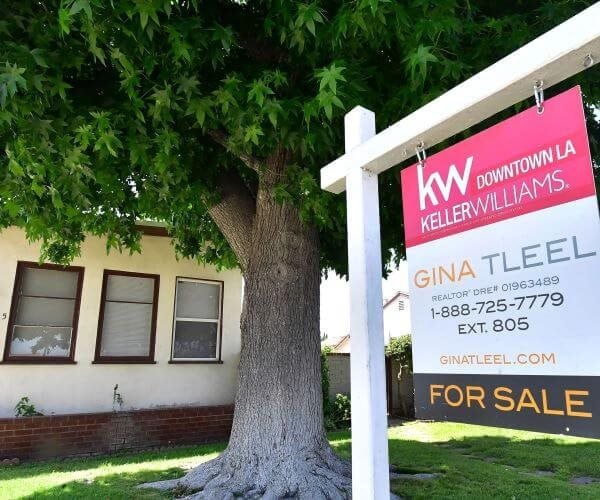 The average long-term U.S. mortgage rate declined for the fifth straight week, even as the Federal Reserve just raised its key borrowing rate for the seventh time this year and signaled there were more to come in 2023.

Mortgage buyer Freddie Mac reported Thursday that the average on the benchmark 30-year rate inched down to 6.31% from 6.33% last week. A year ago the average rate was 3.12%.

The average long-term rate reached 7.08% as recently as early November.

Mortgage rates are still more than double what they were a year ago, mirroring a sharp rise in the yield on the 10-year Treasury note. The yield is mostly influenced by global demand for U.S. Treasurys and investor expectations for future inflation, which heighten the prospect of rising interest rates overall.

The Federal Reserve raised its rate again Wednesday by 0.50 percentage points in a bid to bring down the highest inflation in decades. It was the Fed’s seventh increase this year and pushed the central bank’s key rate to a range of 4.25% to 4.5%, its highest level in 15 years.

More surprisingly, the policymakers forecast that their key short-term rate will reach a range of 5% to 5.25% by the end of 2023. That suggests that the Fed is poised to raise its rate by an additional three-quarters of a point and leave it there through next year.

The Fed made clear, in a statement and a news conference by Chair Jerome Powell, that it thinks sharply higher rates are still needed to fully tame the worst inflation bout to strike the economy in four decades.

The sharp rise in mortgage rates this year, combined with still-climbing home prices, have added hundreds of dollars to monthly home loan payments relative to last year, when the average rate on a 30-year mortgage hovered around 3%.