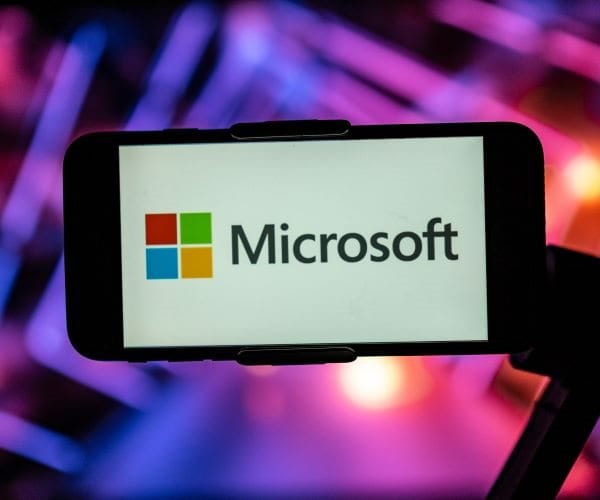 LSEG said on Monday the deal would bring a “meaningful” upside to revenues after 2025 from selling more of its existing products via Microsoft apps to broaden the customer base, along with better pricing of products, but it declined to give any specific estimates.

Deepening ties between the handful of big global cloud companies such as Microsoft, Google, Amazon and IBM, and financial companies like banks and exchanges, have prompted regulators to scrutinize the links more closely.

Microsoft has a longstanding relationship with LSEG, and the exchange group’s Chief Executive David Schwimmer said that about a year ago they began talks on a more strategic relationship.

“It’s a long term partnership. In terms of the products we will be building together, I would expect our customers to start to see the benefits of that 18 to 24 months out and we will continue building from there,” Schwimmer told Reuters.

In November 2021, Google said it would invest $1 billion in CME Group to move the U.S. derivatives exchange’s trading systems to the cloud. In the same month, U.S. exchange Nasdaq and Amazon announced a similar multi-year partnership.

Regulators have expressed concern about the over-reliance of financial firms on too few cloud providers, given the disruption this could cause if a provider serving many clients went down.

The European Union has just approved a law introducing safeguards on cloud providers in financial services, with Britain set to follow suit.

“You should assume we do not like to surprise our regulators,” Schwimmer said, when asked if LSEG has ensured that regulators were on board.

LSEG said the link with Microsoft, which gives the software group a seat on LSEG’s board, is a partnership to reap the benefits of “consumption-based pricing,” and not a traditional cloud deal.

“We will continue to maintain our multi-cloud strategy and working with other cloud providers,” Schwimmer said.

Analysts asked Schwimmer to elaborate on his comment about a “meaningful” upside to revenues from the deal, but he declined to do so.

“This feels like a key milestone in LSEG’s journey towards being information solutions-centric, even if ‘meaningful’ revenue growth specifics are lacking,” analysts at Jefferies said.

Jefferies analysts said the deal could “transformationally” broaden the appeal of LSEG’s Workspace, with a potentially compelling alternative to Instant Bloomberg available for the first time.

LSEG shares were up about 3% and were the top performers on the blue-chip FTSE 100 index and on course for their strongest day since mid-August.

Microsoft’s Frankfurt listed shares were down about 0.4%.

As part of the deal, LSEG has made a contractual commitment for minimum cloud-related spend with Microsoft of $2.8 billion over the term of the partnership.

The initial focus will be on delivering “interoperability” between LSEG Workspace and Microsoft Teams, Excel and PowerPoint with other Microsoft applications, and a new version of LSEG’s Workspace, Microsoft said.

“It’s in a more exploratory phase at this point, but we will update the market as that continues to develop,” Schwimmer said.

LSEG bought Refinitiv for $27 billion from a Blackstone and Thomson Reuters’ consortium, which turned the exchange into the second largest financial data company after Bloomberg LP.

Microsoft will buy LSEG shares from the Blackstone /Thomson Reuters consortium, the exchange operator said. The deal will make Microsoft the seventh biggest shareholder in LSEG, based on Refinitiv data.

Microsoft’s purchase is expected to complete in the first quarter of 2023.