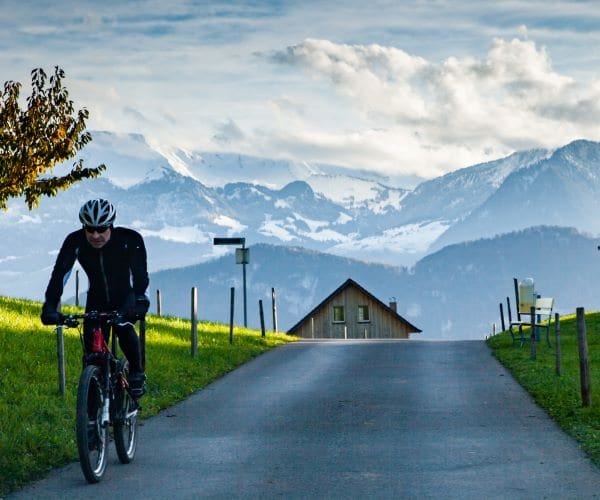 The Swiss government is planning to limit the use of electric vehicles due to a shortage of electricity supply this winter. This is under a new four-step plan to prevent power cuts and blackouts. The ban in Switzerland excludes cases of “absolutely necessary journeys” in their stage three of the power conservation plans.

The country also plans a stricter speed limits on highways in the recently proposed action plan, which has yet to be adopted. This would limit speeds on the Autobahn and in cities and will cause more traffic congestion.

For some background, Switzerland typically imports electricity from France and Germany to meet all its power demand, but this year supply from these countries is constrained.

You may remember the European Union jumped on the electric vehicle craze well ahead of other parts of the world, particularly after the Paris climate accord. The Swiss wanted even more green initiatives besides getting drivers to electric cars. Many European countries almost immediately started making plans to ban gas-powered cars and trucks and make EVs mandatory by a specific date.

Lots of European governments wanted to get ahead of the curve and began pushing electric vehicles and citizens purchased them to comply. After the start of the war in Ukraine, some serious energy issues came up and the cutting of energy supplies just as Europe was trying to get off of fossil fuels.

Now this is embarrassing reversal for Switzerland. The considering legislation would ban people from driving electric vehicles except in urgent conditions over the winter because there simply might not be enough electricity on the grid to recharge them.

Switzerland could be the first country to impose driving bans on electric vehicles to ensure energy security for homes and businesses. The proposal states that the private use of electric cars is only permitted for absolutely necessary journeys (e.g. professional practice, shopping, visiting the doctor, attending religious events, attending court appointments).” A stricter speed limit is also planned highways.

In France, the nuclear energy supply is much lower than usual, which has led to the country becoming a net importer of electricity after decades of being a net exporter. The French electricity grid will be at higher risk of strained power supplies in January 2023 than previously estimated due to lower nuclear power generation. The country could face risks of its own power shortages this winter when electricity supply may not be enough to meet demand, according to the grid operator of RTE, Frances power authority.

Germany has its own issues, the situation is similar, as utilities are having to make do with no Russian pipeline gas supply. This will impact Europe as well in a similar way.

Switzerland’s power supply remains uncertain for the winter and could have troubles with enough electricity capacity that cannot be ruled out. The Swiss Federal Electricity Commission (Elcom), stated that due to the expected lower availability of French nuclear power generation and of France’s power exports to Switzerland. Therefore, Switzerland may need to cover its electricity import needs from imports from its other neighbors Germany, Austria, and Italy. However, the power export availability of those countries would heavily depend on the available fossil fuels, mostly natural gas, per the commission.

The ban on recharging electric vehicles would only go into effect when they reach level three. Prior to that, the government would impose limits on how hot the water can be in washing machines (yes… seriously) and they would ban the use of leaf blowers and other heating devises. Bizarrely, they will also limit videos from streaming services to only be shown in SD resolution.

Like we saw in California earlier this year, the government pushed everyone to switch over to electric vehicles to “save the planet.” But now they’re warning them that they won’t be able to recharge their vehicles except for “urgent travel requirements.”

The crazy part of all of this is that the major energy corporations have been warning everyone about this for several years. The power grid doesn’t produce endless electricity by magic. You have to produce enough energy to power it or it fails. This is known as base load power and is required to meet energy needs.

To put this story in context, consider the fact that in June of this year, the EU proposed a ban on new gas-powered cars by 2035. The key word here, as of today is proposed. The public will push back.

The ban on internal combustion engines voted by the European Parliament, which interestingly the EU member States still have to approve would effectively marks the end of gas and diesel powered vehicles. This would also include hybrids vehicles, which are currently experiencing a boom. In the future, only new electric or hydrogen-powered models will be able to be sold.

With 2035 only a little more than a decade away, if this proposal passes. Good luck finding a hydrogen recharging station, and unless they get their energy grid back under control, there’s no guarantee you’ll be able to drive your car anywhere.

Could this be a global issue especially as more electric vehicles hit the market. Cold weather and very high temperatures do impact the electric grid and could cause black outs and electric shortages. There are some solutions but this is years away. Will consumers revert back to other options? We shall see.

There is so much more to discuss on this, put your comments below and let’s start the conversation.

You can support me by buying me a cup of coffee – the link is in the description. Thank you! https://www.buymeacoffee.com/laurenfix

We will be reviewing all of the newest cars on our YouTube channel Car Coach Reports.