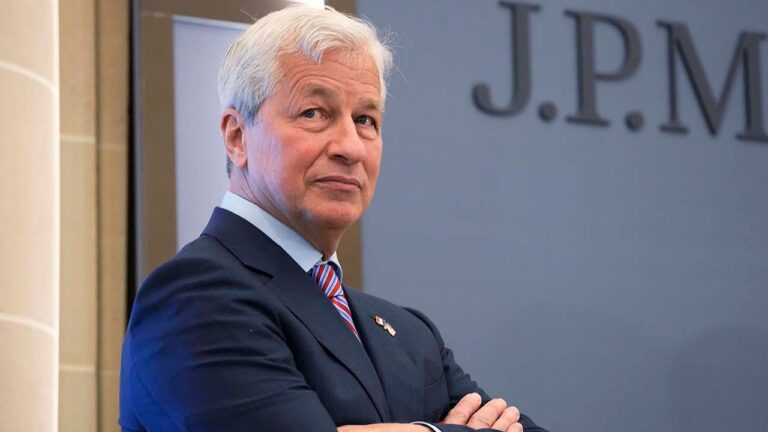 JPMorgan Chase CEO Jamie Dimon on Sunday said that a government shutdown and default would be “catastrophic,” and that Republicans and Democrats should reach a spending agreement sooner rather than later ahead of Friday’s deadline.

Dimon made the comments during an interview on CBS’ “Face the Nation” while saying he was hopeful that a split Congress could still be productive.

“There are a lot of examples in history, under George W. Bush, Obama, Clinton, where when he had divided Congress actually got a lot of good things done,” Dimon said.

But when it comes to government funding, the veteran CEO said, “it’s not the way to run a railroad.”

JAMIE DIMON WARNS INFLATION COULD DRAG US INTO RECESSION NEXT YEAR: ‘IT COULD BE A HURRICANE’

“I mean, basically you end up spending much more money too because the American public may not know, you pay people, and you pay them more to come back to work,” Dimon said. “It costs us much more money. So even if you want to be fiscally responsible  it’s not a good idea.”

Dimon was also asked about Democrats’ hopes to address the debt ceiling before Republicans take over the House of Representatives in January, as the federal government nears the congressionally mandated limit on how much money it can borrow.

The CEO said it would be better for the parties to address the debt ceiling and “get it done now” rather risking a showdown later.

“They should because the catastrophic effects of an actual default, not the debates, I understand both sides why we want it, how they want to use it, that’s catastrophic, or potentially catastrophic. I would never take that risk. So for me, yes, I’d get it done now,” Dimon said of addressing the debt ceiling. “Take it off the table.”

Under federal law passed in late 2021, the most the federal government can borrow is $31.381 trillion. Total national debt has already ventured slightly above that level, but a small portion of the debt is exempt from the debt ceiling – technically, the unamortized discount on Treasury bills. As of last week, total debt subject to the debt limit got as close as $31.345 trillion.