Jamie Dimon Warns of ‘False Sense of Security’ Over Ukraine 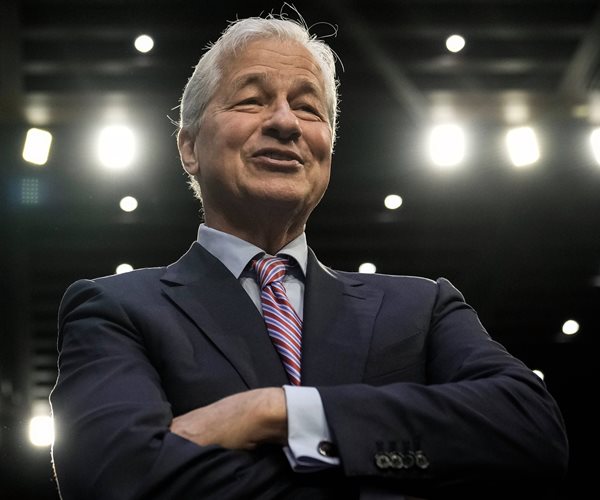 The continuing war in Ukraine may eventually pull U.S. leaders out of their “false sense of security,” but for now Europe is taking the hostilities “much more seriously than Americans are,” JPMorgan Chase CEO Jamie Dimon said Sunday.

Dimon told CBS’s “Face the Nation” that the war should be a “turning point” that should have “shattered” the “sort of self-illusion that we had, that somehow the world’s at peace and everything would be fine,” Morgan said.

Further, the United States should be thinking about how the country can “do great in the next 100 years” and what its policies should be, Dimon said.

Instead, Dimon, who heads the nation’s largest bank, said he’s noticed a “false sense of security going on” about the war that’s been going on “for nine months or whatever and that somehow it’s OK.”

But Europe is on the front line, and the concern there is much higher, he continued.

“You had those missiles going to Poland,” said Dimon. “You have, basically, nuclear blackmail. I mean, it is as serious as you can get.”

Dimon further pointed to challenges that are coming from competing with China, as well as debt in emerging markets while telling host Margaret Brennan that “anything can go wrong,” given the turbulent geopolitical situation.

That means the United States should be making its plans now about how it intends to compete over the next century, or “you’re not going to end up with the world that we really want,” he said.

Meanwhile, Dimon talked about the Federal Reserve and said it had been late in raising interest rates in response to inflation, but now it’s “kind of caught up.”

Still, he said there may be room for the Fed to “do a bit more after that, which will probably catch people by surprise.”

However, he said he thinks the Fed’s moves will contain high inflation and bring it closer to the preferred level of 2%.

“I don’t think it’s going on for 10 years. The only question is how long it takes to get it down to a number that people think you’ve kind of won,” Dimon said.

He also warned of a situation in which emerging markets will have to pay more in interest on the loans they took on to respond to the pandemic. This could heighten political instability while tightening national budgets, he commented.