Inflation eases more than expected in November to 7.1%, but consumer prices remain elevated 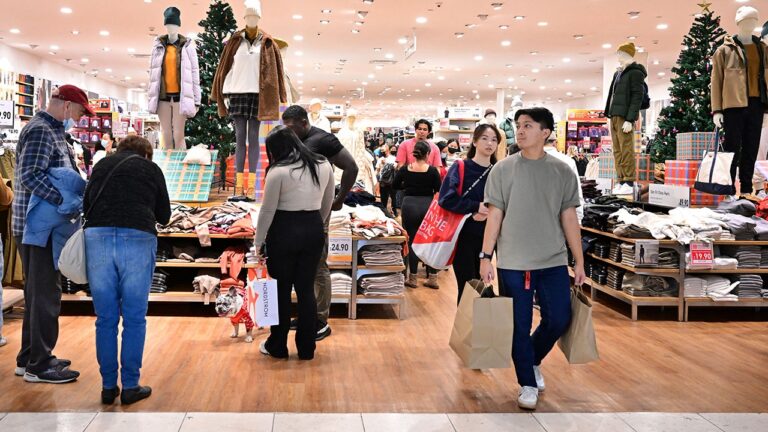 Inflation moderated more than expected in November, an early sign that painfully high consumer prices are beginning to loosen their stranglehold on the U.S. economy.

The Labor Department said Tuesday that the consumer price index, a broad measure of the price for everyday goods including gasoline, groceries and rents, rose 0.1% in November from the previous month. Prices climbed 7.1% on an annual basis.

Those figures were both lower than the 7.3% headline figure and 0.3% monthly increase forecast by Refinitiv economists, a potentially reassuring sign for the Federal Reserve as it tries to tame runaway inflation with a series of aggressive interest rate hikes. It marked the slowest annual inflation rate since December 2021.

In another sign that suggests underlying inflationary pressures in the economy are starting to slow, core prices – which strip out the more volatile measurements of food and energy – climbed 0.2% in November from the previous month, down from 0.3% in October. From the same time last year, core prices jumped 6%.

Economists anticipated that core prices would climb 0.3% on a monthly basis and 6.1% from the previous year.

Stocks rallied on the better-than-expected report, with futures tied to the Dow Jones Industrial Average climbing more than 700 points. S&P 500 and Nasdaq Composite futures jumped a respective 2.8% and 3.9%.

“Both topline and core CPI inflation slowed in November, showing some measure of progress in the ongoing struggle to tame inflation,” said Kayla Bruun, an economic analyst at Morning Consult. “That said, price levels remain quite elevated compared with a year ago for many categories, and these high prices continue to put pressure on household budgets and force trade-offs with purchasing decisions.”

The report showed that gasoline prices tumbled last month, as did the cost of used cars, medical care and airline tickets. However, even with the slowdown in inflation, prices remain well above the Fed’s 2% target.

Scorching-hot inflation has created severe financial pressures for most U.S. households, which are forced to pay more for everyday necessities like food and rent. The burden is disproportionately borne by low-income Americans, whose already-stretched paychecks are heavily impacted by price fluctuations.

Other price gains proved persistent and stubbornly high in November; the cost of groceries climbed 0.5%, putting the 12-month increase at 10.6%. Consumers paid more for items like cereal, rice, bread, fresh fish and seafood, eggs, milk and fresh vegetables, including tomatoes and lettuce.

Shelter costs, which account for about 40% of the core inflation increase, rose 0.6% for the month and are up 7.1% over the past year, the fastest annual increase since 1982.

Rent costs jumped 0.6% over the month and 7.2% on an annual basis. Rising rents are a concerning development because higher housing costs most directly and acutely affect household budgets. Another data point that measures how much homeowners would pay in equivalent rent if they had not bought their home, climbed 0.7% in November from the previous month.

With food and shelter costs continuing to march higher, U.S. households are facing increased financial pressure. Average hourly earnings declined 1.9% in November from the previous year on an inflation-adjusted basis. However, for the first time in months, Americans’ pay was not eroded by inflation. Earnings actually increased by 0.5% from October to November when factoring in the 0.1% increase in consumer prices, according to a separate BLS report.

The report will have significant implications for the Federal Reserve, which has embarked on one of the fastest tightening paths in decades. Policymakers have already approved six straight rate hikes, including four back-to-back 75-basis-point increases, and have shown no signs of pausing.

“Despite some promising developments, we have a long way to go in restoring price stability,” Fed Chair Jerome Powell said last month during a speech in Washington.

Still, the cooler-than-expected November inflation report has buoyed investor hopes that the central bank will slow the pace of its interest rate hikes and ultimately pause the increases sooner than anticipated in 2023.

“For the second consecutive month, inflation came in below expectations. This is good news for markets and the Federal Reserve,” said Phillip Neuhart, director of market and economic research for First Citizens Bank Wealth Management. “Should this downtrend persist, it allows the Fed to slow the pace of interest rate hikes and eventually pause in the first half of next year.”

Share. Facebook Twitter Pinterest LinkedIn Tumblr Email
Previous ArticleBiden reportedly lashed out about media fixating on his age: ‘You think I don’t know how f—ing old I am?’
Next Article Was American teacher left behind in Russian prison camp because he wasn’t woke enough for Team Biden?