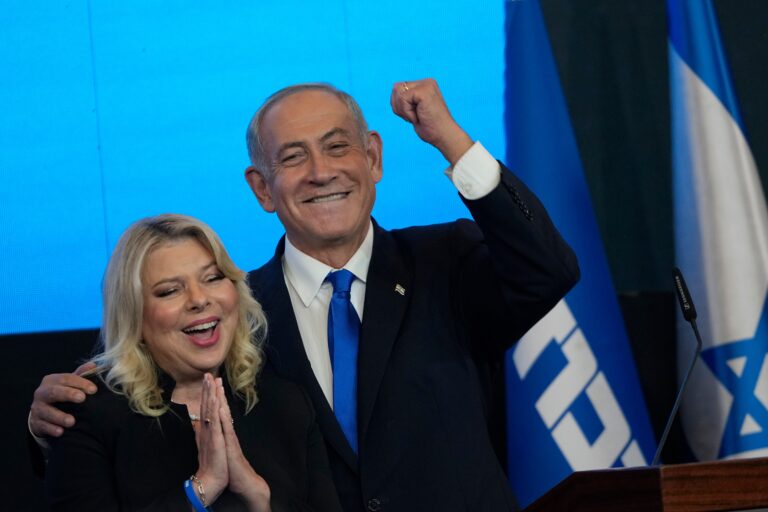 JERUSALEM, Israel— With the Jewish state’s Prime Minister-Designate Benjamin Netanyahu — who graduated with a master’s degree from the Sloan School of Management at the Massachusetts Institute of Technology — slated to again oversee a dynamic Middle Eastern economy, questions abound about how he will build on his successes.

In an interview with Netanyahu on Tuesday, FOX Business network’s Larry Kudlow said when Netanyahu was Finance Minister and Prime Minister he “made Israel an economic powerhouse.”

Kudlow told Netanyahu about Israel’s new energy discoveries: “You’re sitting on a lot of natural gas reserves in the eastern part of the Mediterranean that will make it even a greater economic powerhouse if you let the free market develop it.”

Netanyahu said in the interview that he devoted chapters of his new book to “how I helped lead the free-market revolution in Israel, turning it from a semi-socialist economy to one of the world’s most robust free-market economies.”

Speaking with FOX Business, Prof. Dan Ben-David, president of the Shoresh Institution for Socioeconomic Research and an economist at Tel Aviv University, said Netanyahu’s role “as finance minister was an important part of saving the economy. When Netanyahu came in, he reorganized the budget. Since spending was going through the roof, he slashed it.”

Ben-David, a University of Chicago trained economist, said, “It took a lot of courage on his part. He cut welfare benefits in a major way and induced a lot of people, mostly ultra-orthodox” to seek work.

Ben-David’s said Netanyahu’s reforms provided “them with an incentive to work for the first time in their lives. That was his big contribution.”

According to Ben-David, “Israel’s economy is a dual economy. The primary engine is high-tech, and accounts for over 50% of exports.”

Israel’s has earned the moniker of “Start-up Nation” due to its flourishing high-tech sector.

In his curtain raiser prior to his interview with Netanyahu, Kudlow described Israel’s economy as a “dynamic, entrepreneurial, technology-led economy, whose per-capita GDP now exceeds France, the United Kingdom, Germany and a couple of others.”

Ben-David noted the other side of the dual economy “means a lot of people who can’t work in a modern economy.” He cited ultra-orthodox Israelis, or better known in Israel as Haredim (Hebrew for “those who fear God”), Arab-Israelis and people who live in development societies away from major economic centers.

During the COVID pandemic, “Our economy, entire economy was not hit as hard. Only Switzerland has lower inflation in the OCED [Organization for Economic Co-operation and Development],” said Ben-David.

He said regarding the condition of Israel’s economy, “Money is flowing in at a good rate. The shekel [Israel’s currency] is fairly strong.”

However, Ben-David raised a concern about Netanyahu’s proposed coalition government with the religious parties. Netanyahu is “poised to give a huge increase in benefits to the Haredim parties.”

Netanyahu stressed his vision for Israel was  “free markets and technology.” He told Kudlow that Israel’s free-market reforms helped fund and strengthen the military and that could not been done with a semi-socialist economy over time.

“Military prowess funded by economic free-market prowess gave Israel diplomatic prowess with the Arab countries and, by the way, with many, many countries around the world,” said Netanyahu.