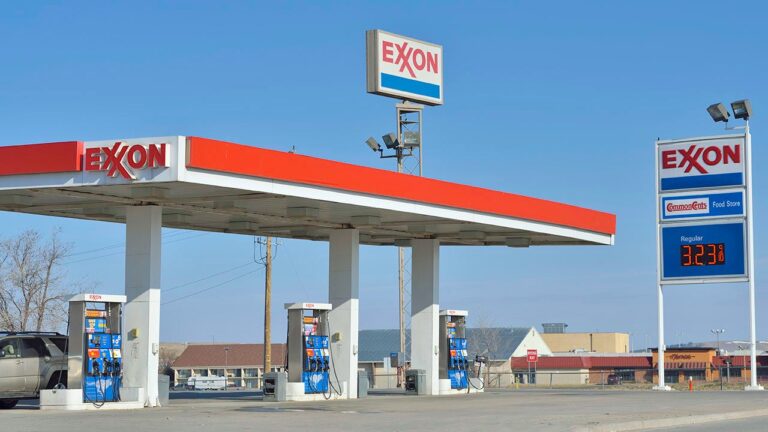 Exxon Mobil Corp. has enjoyed historic profits and a surging stock price this year, thanks largely to a rise in energy prices following the pandemic and Russia’s invasion of Ukraine.

But like many of its peers, the largest U.S. oil company also is facing questions about its long-term future as many countries seek to move away from fossil fuels and toward cleaner energy sources.

EXXONMOBIL EXPANDS SHARE BUYBACK TO AS MUCH AS $50B

WSJ: The Ukraine War has shown the vulnerability of the world’s energy supply. How has this crisis redefined the West’s approach to energy?

MR. WOODS: What we were seeing even before the Russian invasion of Ukraine is a policy approach dominated by ideology, aspiration and hope collide with the realities of a global energy system that’s complicated, multidimensional and critically important to economic growth and prosperity.

And so, policy makers are stepping back and looking at managing the threat of climate change and reducing emissions in a way that more effectively addresses things like national security. Affordability, reliability, availability of energy also are all critically important. And hopefully they come up with a better approach.

WSJ: How do you think they’re doing?

MR. WOODS: Institutions and businesses around the world have to move from the business of propaganda to the business of math, and actually do the work to understand how we’re going to strike that balance.

A lot of focus had been put on wind, solar and electric vehicles, which all have an important role to play. They’re necessary, but certainly not sufficient. So what we’re beginning to see is a recognition that a much broader set of solutions is needed, and that a critical player in that space will be our industry. Carbon capture and storage, hydrogen and biofuels are all now being recognized for the important role they’re going to play in contributing to the solution.

WSJ: It’s very clear that fossil fuels have a part to play in the transition. During the current crisis, Moscow has effectively weaponized supplies of natural gas. Europe is now racing to secure enough of it. How, specifically, do you think that has changed the role of LNG?

MR. WOODS: Even before the invasion, if you did the math and looked at what is going to be required to continue to meet the energy demands of society, particularly in the developing world, we’ve always seen the need for LNG to play a really important role. And if you look at the progress that we’ve made in the U.S. with respect to reducing emissions, a lot of it has been backing out coal and replacing it with LNG.

We believe that LNG is going to continue to play that role until alternative technologies are available to bring that power affordably to people all around the world.

WSJ: So are you shifting your portfolio in the direction of LNG because of what you’re seeing?

MR. WOODS: No. Taking a long-term view, we’ve recognized the role for LNG. And so we have a portfolio and we’re advancing those.

If you look at the pandemic when everybody pulled back from their investments, we were investing in a very large LNG export terminal in the U.S. Now, as we find ourselves in this very short world, and the desperate needs of Europe, we’re in a good position to bring that LNG terminal online and start to support the need for LNG in Europe.

WSJ: In the short term, Europe is burning more coal and trying to lock up enough supply of natural gas. Do you think that that infrastructure can be built out so that Europe has sufficient natural gas, particularly ahead of the winter of 2023, ’24?

MR. WOODS: They’re doing yeoman’s work in terms of bringing on the capacity very, very quickly. But in our view, the world will be short LNG probably through 2026. It just takes time to bring these very large, capital-intensive projects onstream.

WSJ: Largely because of higher prices, you’ve had a string of record quarters, your share price is up about 70% over last year. You’re doing buybacks and boosting dividends. But what are you investing in for growth? What does Exxon look like in 20 years?

MR. WOODS: We are investing in big, new projects. We’ve got a very aggressive plan in the Permian Basin, the unconventional space. We’re aggressively developing resources in Guyana. We have a project in Brazil, we have LNG projects that we’re advancing in Papua New Guinea. And so the portfolio of upstream products is pretty prolific. And if you go forward into 2027, we are actually growing production.

In the downstream, which is our refining business, we are bringing on in the first quarter of next year the largest refinery expansion in the U.S. in over a decade. We’re also investing fairly aggressively in our chemical business.

Then, the new business we’ve started is Low Carbon Solutions. Now that carbon capture and storage is recognized as an important technology in addressing emissions, we are focusing on that. We have a lot of experience in that space, and we’re bringing it to bear with a commercial offering to reduce other CO2 emission sources.

WSJ: You have no renewables in your portfolio. Why not?

MR. WOODS: Our technology and our experience has a direct application to managing CO2 and emissions. It is an area where we bring a competitive advantage and where there is a very large need.

Solar and wind is power generation. We’re not in the power-generation business. We’re supportive of that industry, but as a company we don’t bring a lot to it versus what we can do in these other areas.

WSJ: That’s a different strategy than some of your competitors.

MR. WOODS: We’re sticking with what we know best. That isn’t to say we stay in oil and gas. As the world transitions, as policies develop, as market incentives develop, as technology advances, we could very much find ourselves in a world where we have very little oil and gas in our portfolio but instead, are managing these other carbon molecules very effectively. We’re very comfortable with that.

No peak in sight

WSJ: Has the Biden administration done enough to support drilling in the U.S.?

MR. WOODS: More work needs to be done to encourage U.S. production, which is the lowest-emission source of production and one of the most scrutinized and transparent markets in the world for oil and gas production.

WSJ: When do you see demand for crude oil peaking?

MR. WOODS: We’re decades out from that.

When people think about oil and gas demand, they think of the developed world and the efficiencies that you see. But you can’t forget about the developing world. There are large parts of the world with lots of people that have to come up that development curve, and it’s going to require energy. And until you get more affordable and reliable sources of alternative energies, oil and gas will play a key role.

WSJ: There has been talk of windfall taxes on oil company profits. What do you think about that?

MR. WOODS: I think it ignores what I would call the cyclicality of our industry.

Many people have blamed the high prices on the invasion of Ukraine. But the supply of petroleum products and crude coming out of Russia hasn’t declined, yet prices have come up. Why is that?

We went through the pandemic and the industry was forced, because of lack of revenue, to pull back on its investments. As investment got pulled back, supply shrank. When demand picks back up again out of the pandemic, there isn’t enough supply around and you see high prices.

The high prices are a function of the low prices and the low environment we had in the pandemic. And if you look across time and you go through these cycles, when you average it out across the cycle, our returns as an industry are, at best, average.

So when you start cutting off the top end of the cycle without supporting the bottom, you’re going to discourage investment, which will only exacerbate the problem.