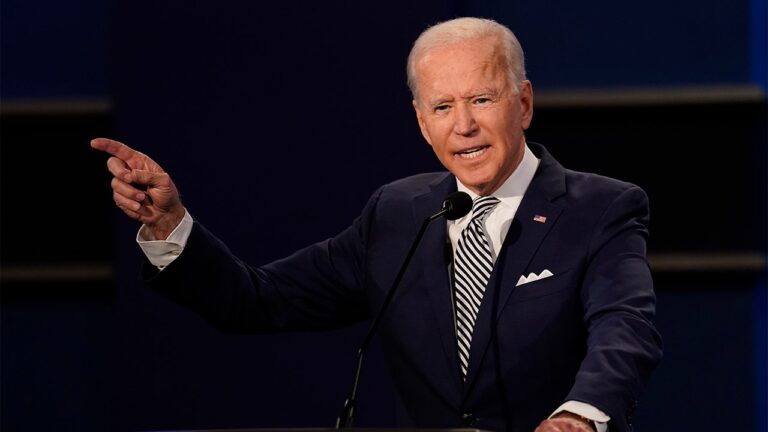 EXCLUSIVE: House Republicans are pressing the Biden administration to demonstrate that its historic levels of regulations are not eviscerating small businesses, according to a letter obtained by Fox News Digital.

Rep. Blaine Luetkemeyer, R-Mo., who serves as the ranking member of the Small Business Committee, asked the Government Accountability Office (GAO) to detail how federal agencies comply with legal requirements to inform small businesses how they are impacted by new regulations and provide them opportunities to raise concerns. He notes vague legal language where agencies only need to work with small businesses when a regulation has a “significant impact” on a “substantial number of small entities.” Luetkemeyer had coordinated with Republican members on his committee to send letters to 26 federal agencies in October to ask how this oversight is applied, and only five responded, with mixed explanations.

RAYMOND ARROYO WARNS AGAINST NEW IRS RULES: ‘THIS IS A HONEY POT FOR AUDITS’

Luetkemeyer said the Biden administration “is not a friend to main street USA” and must be held accountable for its lack of oversight on massive regulations.

“Small businesses are our economy’s lifeline,” Luetkemeyer told Fox News Digital. “When they are successful, the next great economy is on the way. New regulations which can impact small businesses must be properly reviewed to avert negative consequences.”

The concern from Republicans is over the enforcement of three laws: the Regulatory Flexibility Act, Small Business Regulatory Enforcement Fairness Act, and Congressional Review Act. Together, these require federal agencies to notify small businesses of newly proposed regulations, so they can provide feedback and assess their potential impact.

The GAO released a report in 2005 that concluded the definitions of when these laws are applicable to federal agencies are unclear. Luetkemeyer said more recent studies are needed to assess how these regulations are enforced.

“As inflation continues to impact the American economy, I seek updated information on the implementation of these laws to identify if agencies are inappropriately imposing preventable regulatory costs on small business owners,” Luetkemeyer writes in the letter to the GAO.

COMMON GROUND: THE BIPARTISAN CRACKDOWN ON STOLEN AND COUNTERFEIT GOODS

Five agencies responded to House Republicans’ October letters: the International Trade Commission, the Consumer Financial Protection Bureau (CFPB), the Department of Labor, the National Labor Relations Board and the Federal Labor Relations Authority. The agencies said they work with the Small Business Administration on the definitions of when agencies are required to notify small businesses of proposed rules. The CFPB insisted there is no single way to apply the regulations.

“When making its determinations, the CFPB does not use a single definition of ‘significant impact’ and ‘substantial number of small entities;’ those definitions depend on the market involved in the rulemaking,” the CFPB response noted.

The Small Business Administration did not respond to a request for comment.