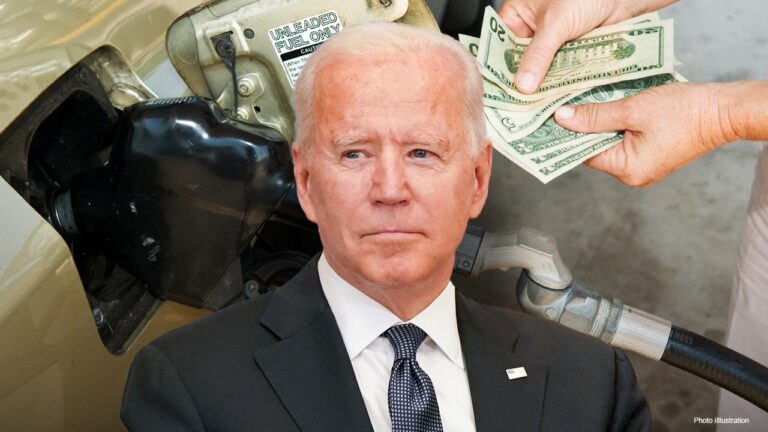 Gas prices may be falling, but House Republicans are ready to go after the Biden administration for policies they say caused record energy prices over the past year.

The new Republican majority is set to tackle a full plate of investigations in the coming year that includes the Biden family foreign business entanglements, the botched exit from Afghanistan, Big Tech and a potentially politicized FBI. But it could be energy issues that hit home to most Americans.

Rep. James Comer, R-Ky., the incoming chairman of the House Oversight and Reform Committee come January, offered a glimpse into what the panel will be investigating regarding how the Biden administration has handled energy issues, targeting information about an alleged secret deal with Saudi Arabia as well as the depletion of the nation’s strategic petroleum reserves.

What today are only requests for information from the State Department, the Energy Department and other agencies could become subpoenas in January when Republicans take over the House majority.

Republicans on the oversight committee plan to hold hearings on what they call the Biden administration’s “war on American energy.” If the committee Republicans don’t get a response from agencies by the end of the year, they plan to renew the requests in January.

Since taking office, President Biden shut down the construction of the Keystone XL pipeline and implemented a moratorium on oil and gas production on federal lands.

“With the power of the gavel, we will hold the Biden administration responsible for recklessly attacking a critical industry that provides the American people affordable energy and good-paying job opportunities,” Comer said in a statement.

Comer wrote to Secretary of State Anthony Blinken to get more information about Biden’s deal with Saudi Arabia to lower gas prices before the election.

The New York Times reported administration officials thought Biden’s trip to Saudi Arabia in August 2022 “could shore up a Saudi commitment to convince OPEC to increase oil production.” However, in October, Saudi Arabia and the Organization of the Petroleum Exporting Countries cut production by 2 million barrels a day.

“According to press reports, this decision infuriated the Biden administration officials who sought the deal to provide temporary fuel price reductions before the November midterm elections,” Comer’s letter to Blinken says. “If the administration is brokering secret agreements to the detriment of American energy producers and for campaign purposes, the American people deserve to know. To understand what transpired, we are requesting documents and communications as well as a transcribed interview.”

Comer is requesting a transcribed interview with Amos Hochstein, the Biden administration’s special envoy and coordinator for international affairs at the State Department.

The Times reported Hochstein and National Security Council Brett McGurk sought a clandestine, two-part arrangement with Saudi Arabia to increase oil production. In June, OPEC’s affiliates announced the accelerated output timetables in compliance with the initial part of the “secret deal.” But the affiliates reversed course after Biden’s August visit.

In response, a State Department spokesperson told Fox News Digital, “As a general matter, we do not comment on congressional correspondence.”

Comer wrote two separate letters to Energy Secretary Jennifer Granholm, one asking for more information related to the Biden administration’s strategy to address high energy prices, the other letter asking about what Comer characterized as “abuse” of strategic oil reserves.

“The SPR had only been used in emergency situations — and only three times — before President Biden took office,” Comer wrote to Granholm. “However, less than two years into President Biden’s first term, he has released more of our nation’s emergency stockpiles than all previous presidents combined, and the SPR now sits at approximately half the levels reported the week he took office. Because the SPR was intended to bridge gaps caused by temporary disruptions, it cannot function as a permanent solution to bolster domestic supply and ease fuel prices.”

“The SPR is a critical tool designed to address global supply disruptions, and as Putin’s war continues to create upheaval to energy markets, the Biden administration, like administrations of both parties have done in the past, is using the SPR as intended — to address supply disruptions and provide relief to American families when they need it most,” an Energy Department spokesperson told Fox News Digital.

“We will review the letter and respond accordingly,” an EPA spokesperson told Fox News Digital.

In a letter to Securities and Exchange Commissioner Gary Gensler, Comer requested information about the technical glitch that led to the loss of public comments regarding the commission’s ESG rule, short for environmental, social governance.

“Chair Gensler will respond to the members of Congress directly, rather than through the media,” an SEC spokesperson told Fox News Digital.

As the minority party, Republicans on the House oversight panel issued a report last month titled “Democrats War on Domestic Energy and its Impact on the American People.” The report outlined what it said were the Biden administration’s dangerous energy policies, charging the administration failed to produce a coherent plan to address rising energy prices.