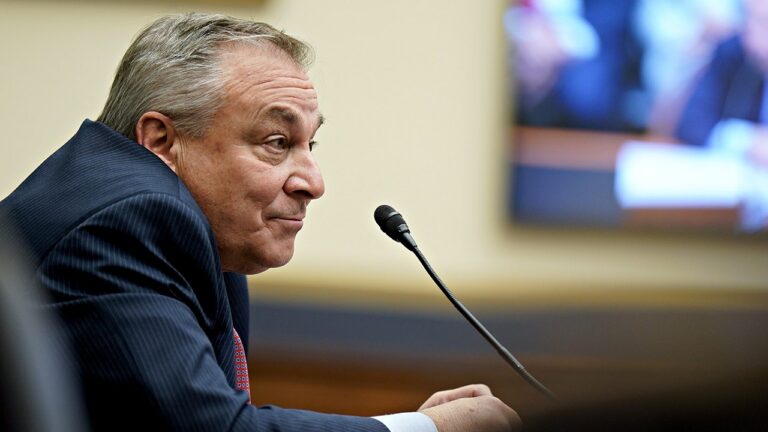 The new CEO of FTX told U.S. lawmakers Tuesday that his team has received “extraordinary” pushback from authorities in the Bahamas, where the fallen crypto exchange is based, and called into question actions taken by the Bahamian government surrounding the company’s bankruptcy.

Ray said some assets were moved out of the Bahamian FTX division by a hack and other funds were moved by Bahamian officials. “It wasn’t a request,” he explained. “They just took it.”

Ray said the Bahamian authorities were aided in doing so by previous leadership, including FTX co-founder Gary Wang.

“We’ve repeatedly asked them for clarity about what they’ve been doing,” he said of the Bahamian authorities. “We’ve been shut down by them.”

Ray said it appears Bankman-Fried, who was arrested Monday on several charges related to the FTX collapse, had attempted to undermine the U.S. bankruptcy process by moving company assets to accounts under the control of the Bahamian authorities.

The Bahamian government, Ray said, has its own liquidation proceeding relative to FTX Digital Markets, but that it has not been transparent.

“We have opened up the ability to share everything that we have with Bahamian government — similar to how we share with other liquidators around the world — and not only in this case and other cases, it’s meant to be a very cooperative situation,” Ray explained.

“The pushback that we’ve gotten is sort of extraordinary in the context of bankruptcy,” he continued. “It raises questions. It seems irregular to me. There’s lots of questions on our part, and obviously we’re investigating.”

The Securities Commission of The Bahamas admitted last month to seizing assets of FTX Digital Markets Ltd, saying “urgent interim regulatory action was necessary to protect the interests of clients and creditors” of the exchange.

The commission did not immediately respond to FOX Business’ request for comment on Mr. Ray’s remarks.