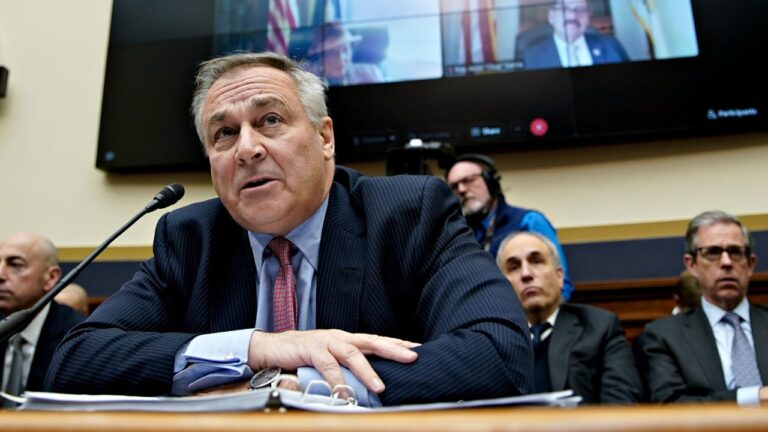 Current FTX CEO John Ray III laid the blame for the cryptocurrency exchange’s collapse on founder and former chief executive Sam Bankman-Fried and his top executives, telling Congress they gambled with customers’ money without any safeguards to protect their investments.

Ray testified before the House Financial Services Committee Tuesday as furious lawmakers have demanded explanations and promised to make heads roll after the company lost billions of dollars of customers’ money. FTX filed for Chapter 11 bankruptcy following a liquidity crisis caused by Bankman-Fried’s mismanagement of about $10 billion in customer funds.

“The FTX group’s collapse appears to stem from absolute concentration of control in the hands of a small group of grossly inexperienced and unsophisticated individuals who failed to implement virtually any of the systems or controls that are necessary for a company entrusted with other people’s money or assets,” Ray said.

His opening statements stuck fairly close to his written testimony, which was provided to the committee beforehand.

Ray – who took over following Bankman-Fried’s resignation and has handled several major corporate collapses, including Enron – said in his written testimony that nearly all the cases he has handled alleging criminal activity “share common characteristics,” but “never in my career have I seen such an utter failure of corporate controls at every level of an organization, from the lack of financial statements to a complete failure of any internal controls or governance whatsoever.”

The new FTX CEO said his investigation is still ongoing but has found several “unacceptable management practices” so far that exposed customers to significant losses.

The seasoned restructuring officer revealed that senior FTX management had access to customer assets they were able to redirect, held hundreds of millions of dollars of crypto access absent of security controls or encryption, and that Alameda was able to borrow funds from FTX for its own trading and investments “without any effective limits whatsoever.”

“The fundamental challenge we face is we’re, in many respects, starting from near zero in terms of the corporate infrastructure and record-keeping that one would expect in a multibillion-dollar corporation,” Ray told lawmakers.

Still, the investigation into what happened remains in a “very preliminary stage,” Ray said, and it could be a significant period of time until the full extent of what happened is known.

What is known, according to Ray’s testimony, is that FTX was gambling with customer assets by commingling them with Alameda’s and engaging in margin trading.

Further, Ray revealed, the FTX group went on what he called “a spending binge” in late 2021 through this year shelling out roughly $5 billion on an array of businesses and investments that “may be worth only a fraction of what was paid for them.” He also wrote that “loans and other payments were made to insiders in excess of $1 billion.”

He also informed lawmakers that his ability to answer their questions would be limited by FTX’s poor record-keeping and ongoing law enforcement investigations.

Legislators fumed at the revelations from Ray’s testimony.

Committee Chairwoman Rep. Maxine Waters, D-Calif., slammed FTX’s “total disregard” for customers, saying she was “deeply troubled to learn how common it was for Bankman-Fried and FTX employees to steal from the cookie jar of customer funds to finance their lavish lifestyles.”

Ranking member Patrick McHenry, R-N.C., praised Ray as a “reliable witness,” in contrast to Bankman-Fried, whose media interviews and tweets since FTX’s collapse he said “are no substitute for the facts.”

“Bankman-Fried is nothing new,” McHenry said, naming him among America’s greatest financial fraudsters. “It appears to be the same old school fraud, just using new technology.”

The disgraced CEO was not present at the committee hearing.

Bankman-Fried had agreed to testify remotely before the committee, but was arrested in the Bahamas on Monday evening. He faces charges from federal prosecutors in New York and another fraud complaint from the Securities and Exchange Commission (SEC).

The SEC complaint, filed Tuesday, accuses Bankman-Fried of carrying out “a scheme to defraud equity investors in FTX Trading Ltd,” his cryptocurrency trading platform. The court filing describes the alleged operation as “a massive, years-long fraud.”

Bankman-Fried has also been indicted by New York prosecutors on eight counts of conspiracy and fraud.

Waters said she hoped Bankman-Fried’s arrest “means he will be held accountable for the fraud he has committed and the harm he has caused.”