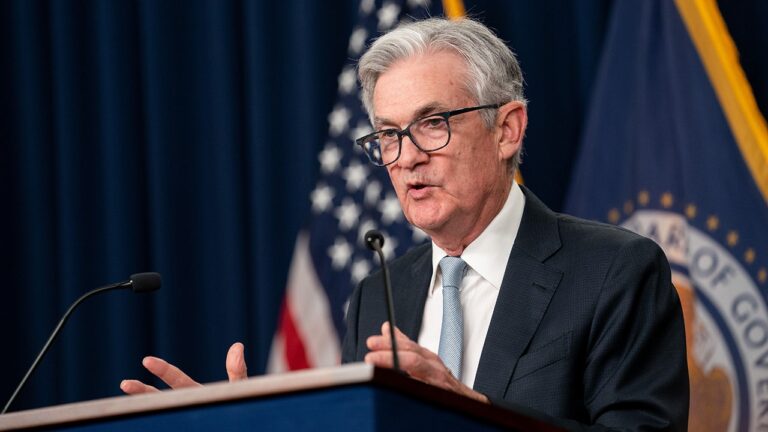 The Federal Reserve on Wednesday raised its benchmark interest rate by 50 basis points, or 0.5 percent, slowing its campaign to cool the economy amid early signs that stubbornly high inflation is finally starting to ease.

The widely expected move puts the key benchmark federal funds rate at a range of 4.25% to 4.5%, the highest since 2007, from near-zero in March. It marks the seventh consecutive rate increase this year and places interest rates in firmly restrictive territory. While the rate hike is slightly smaller than the 75-basis-point increases approved at the past four meetings, it is still large by historical standards.

In addition to the large rate hike, Fed officials laid out an aggressive path of rate increases for next year. New economic projections released after the two-day meeting show policymakers expect rates to rise to 5.1% in 2023, a far higher level than the 4.6% rate officials last projected in September, according to the Federal Open Market Committee’s (FOMC) dot plot of individual members’ expectations.

“The committee anticipates that ongoing increases in the target range will be appropriate in order to attain a stance of monetary policy that is sufficiently restrictive to return inflation to 2% over time,” the FOMC said in its statement.

INFLATION EASES MORE THAN EXPECTED IN NOVEMBER TO 7.1%, BUT CONSUMER PRICES REMAIN ELEVATED

The quarterly forecasts indicate the U.S. central bank will not cut interest rates until 2024, to a rate of about 4.1%.

Officials also indicated that economic growth will slow sharply next year and that unemployment will march substantially higher to a rate of 4.6% as rates hikes bring the U.S. to the brink of a recession. The Fed expects the jobless rate to remain elevated in 2024 and 2025 as steeper rates continue to take their toll by pushing up borrowing costs.

THE FED’S WAR ON INFLATION COULD COST 1M JOBS

Stocks fell after the Fed decision as investors weighed the hawkish projections.

The rate hike decision and the latest economic projections underscore just how committed the Fed is to wrestling high inflation under control, despite early evidence that consumer prices may have peaked earlier this year. New government data released on Tuesday showed that the consumer price index rose just 0.1% in November from the previous month and 7.1% on an annual basis — far less than economists expected.

Still, inflation remains about three times above its pre-pandemic average and far higher than the Fed’s 2% target.

NOVEMBER INFLATION BREAKDOWN: WHERE ARE PRICES RISING THE FASTEST?

A growing number of Wall Street economists anticipate the Fed’s actions will tip the economy into a recession next year. Hiking interest rates tends to create higher rates on consumer and business loans, which then slows the economy by forcing employers to cut back on spending.

Still, Fed Chair Jerome Powell pushed back against that expectation during his post-meeting press conference, suggesting that lower inflation prints could boost the odds of a soft landing — the sweet spot between curbing inflation without flatlining growth.

“To the extent we need to keep rates higher and keep them there for longer and inflation moves up higher and higher, I think that narrows the runway,” he said. “But lower inflation readings, if they persist, in time could certainly make it more possible. I don’t think anyone knows whether we’re going to have a recession or not, and if we do, whether it’s going to be a deep one or not. It’s not knowable.”

GET FOX BUSINESS ON THE GO BY CLICKING HERE