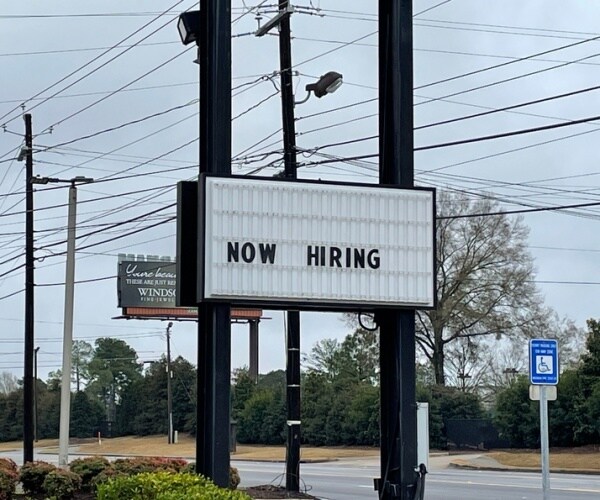 Employers are racing to hire workers in this tight labor market, omitting the interview process.

United Parcel Service Inc. has been hiring without interviews for package handlers and seasonal drivers. Home Depot Inc. has sent job offers as quickly as 24 hours since the candidate applied, sometimes eliminating the interview process. Gap Inc. has dropped the interview process for some warehouse positions.

Many jobs that don’t require an interview are hourly and in sectors with elevated turnover rates, such as retail and warehousing. Still, the abandonment of a formal interview is a rarity. However, it is still occurring to fill specific positions as the labor market cools down from its rebound from the pandemic.

Workers are in high demand, particularly in blue-collar fields, while layoffs from companies like Amazon.com Inc., Walmart Inc. and Fort Motor Co. are affecting white-collar workers.

Employers added 263,000 jobs in November, with the unemployment rate at 3.7%, indicating that the overall job market continues to be strong. Jobs openings — at 10.3 million in October — far exceeded the 6.1 million unemployed Americans seeking jobs that month. A tight labor market during the pandemic rebound has also pushed employers to drop college degree requirements, background checks and experience requirements.

Chief economist at ZipRecruiter, Julia Pollak, says businesses have exhausted methods for attracting work, such as pay raises, signing bonuses and larger benefits packages. She says their focus is now on moving fast.

“Speed is the number one way companies are competing for hourly workers at the moment, especially for the holiday season,” Pollak said.

The phenomenon is taking shape in healthcare, as well, she says. A job offer without an interview would previously have been viewed as a scam, but legitimate employers are adopting the approach.

About 80% of UPS seasonal workers are hired without an interview and can receive an offer within 25 minutes of applying, said Matt Lavery, UPS director of global sourcing, recruiting and onboarding.

The company has even waived interviews for some permanent positions.

UPS is set to recruit more than 100,000 seasonal workers this year and found it more challenging than last year to do so, said Lavery. Job candidates have many choices in this current labor market, he said.

“They are making their voice heard either by accepting job offers or not even applying or just ghosting you in some cases,” Lavery said.

Hourly workers are vital to the production process, said Sean Behr, chief executive at Fountain, a company whose automation software speeds up the job-application process for hourly workers.

If warehouses are understaffed, companies could require existing employees to work overtime while at the same time running the risk of not meeting demand, said Behr. This could initiate a cycle where employees keep leaving and companies continue to try and fill vacancies with even greater urgency.

“The labor market is incredibly challenging in this hourly work world,” said Behr.

The share of workers quitting transportation and warehousing jobs hit a high of 3.6 in August, receding to 2.8 in October, still above its February 2020 pre-pandemic rate of 2.4%.

Home Depot is speeding up its hiring for workers applying for certain positions in its stores and distribution centers. According to Beth Marlowe, a Home Depot spokeswoman, a candidate with the abilities aligned for that role can receive a contingent job offer, without a formal interview, as soon as 24 hours after applying.

“We’ve been piloting ways to accelerate our process for the last couple of years,” Marlowe said.

According to a spokeswoman, Amazon.com Inc. extended their contingent job offers without interviews for hourly workers. A company spokeswoman said that gap doesn’t require an interview for some of its “no experience required” positions, including warehouse roles.