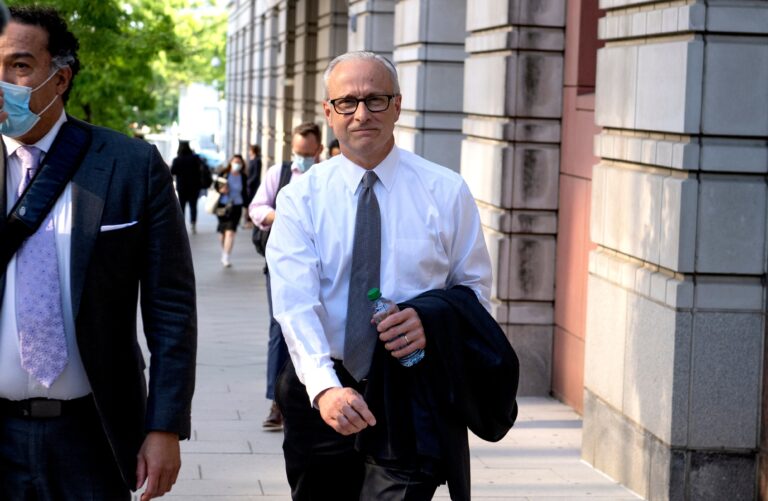 Elon Musk said that Twitter’s former Deputy General Counsel James Baker was “exited” from the company on Tuesday after revelations about his role in the platform’s handling of the Hunter Biden laptop story.

Journalist Matt Taibbi published internal communications over the weekend that took place among Twitter’s top brass in October 2020 about how to deal with the New York Post’s publication of materials on Hunter Biden’s laptop.

Baker was involved in discussions about whether the laptop falls under Twitter’s “hacked materials” policy.

“I support the conclusion that we need more facts to assess whether the materials were hacked,” Baker wrote in one email chain. “At this stage, however, it’s reasonable for us to assume that they may have been and that caution is warranted.”

Baker was responding to a Twitter executive who was wondering whether they could “truthfully claim” that the laptop story was “part of the policy.”

ELON MUSK GIVES KANYE WEST THE BOOT FROM TWITTER OVER OFFENSIVE POSTS: ‘I TRIED MY BEST’

Before joining Twitter, Baker also worked as general counsel at the FBI, where he was a key figure in the bureau’s investigation into alleged Russian interference in the 2016 presidential election.

Attorney Michael Sussmann met with Baker in 2016 and presented “purported data and ‘white papers’ that allegedly demonstrated a covert communicates channel” between the Trump Organization and Alfa Bank, which is based in Russia.

Sussmann was accused of telling Baker that he was not doing work “for any client” but later billing the Hillary Clinton campaign for the work. Sussmann was acquitted earlier this year on one count of making a false statement to the FBI.

Baker was also personally involved in the FISA warrant application to surveil Carter Page, who was working as an aide to former President Donald Trump’s 2016 campaign. The application relied heavily on the discredited “Trump dossier.” Baker later admitted that his role in the Page FISA application was unusual.

Taibbi said Tuesday that he and another journalist, Bari Weiss, were dealing “with obstacles to new searches” when Weiss discovered that Baker was responsible for releasing the files over the weekend.

“The news that Baker was reviewing the ‘Twitter files’ surprised everyone involved, to say the least,” Taibbi tweeted.

Must tweeted later on Tuesday that Baker’s explanation for his involvement was “unconvincing.”

Rep. James Comer, R-Ky., told “Fox & Friends First” on Monday that the House Oversight Committee will likely call Baker and other Twitter executives to testify about their handling of the laptop story.

“Baker and [former Twitter executive] Vijaya Gadde are probably the two most high-profile Twitter employees that we want to hear from,” Comer said. “My advice to them is, prior to coming before the Oversight Committee in January or February, as quick as we can get them in front of the oversight committee, is they need to look very hard to try to find evidence as to why they suppressed this story.”

Baker could not immediately be reached for comment on Tuesday.