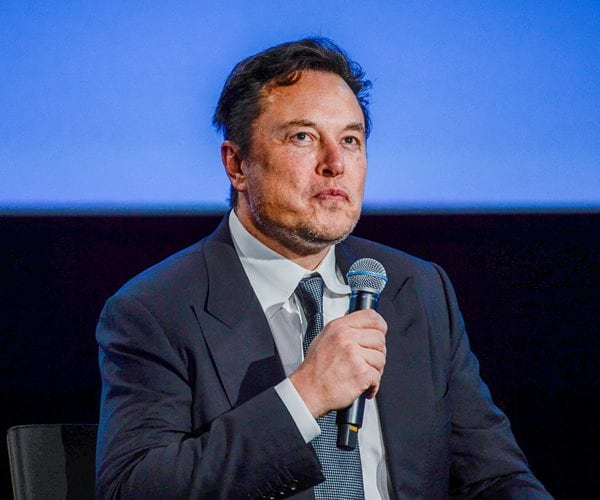 Elon Musk received a hostile reception when he was called out onto stage during a Dave Chappelle comedy gig in San Francisco over the weekend.

Chappelle was performing at the Chase Center on a double-bill with Chris Rock Sunday night when he introduced Musk as a special guest to the crowd. But as the mogul walked out wearing an “I love Twitter” T-shirt, he was met with a chorus of boos and jeers, according to the Daily Mail.

In a since-deleted video cited by the outlet, Chappelle is heard saying to the crowd: “Cheers and boos, I see.”

Musk then replied: “You weren’t expecting this, were you?”

Chappelle joked: “It sounds like some of the people you fired are in the audience.”

According to the Daily Mail, Musk stood awkwardly on stage while the boos continued to ring out.

“All of those people who are booing, I’m just pointing out the obvious, they have terrible seats. It’s all coming from way up there,” Chappelle commented.

“Listen, this n****r is not even trying to die on Earth. His whole business model is “f**k earth, I’m leaving anyway!” Chappelle continued, adding “Boo all you want; take me with you, I’m going to mars,” the Daily Mail reported.

At one point, Musk thanked Chappelle for having him as a guest on stage, to which the comedian replied: “Are you kidding? I wouldn’t miss this opportunity. The first comedy club on mars, that should be mine. A deal’s a deal Musk.”

According to the Daily Mail, Musk then asked Chappelle what he should say.

“Don’t say nothing,” he responded. “It will only spoil the moment. Do you hear that sound Elon? That’s the sound of pending civil unrest.”

Elsewhere, Musk made headlines this weekend after vowing to get rid of bots on Twitter by shutting down their IP addresses.

“The bots are in for a surprise tomorrow,” he said Sunday, according to the Daily Mail. “The interesting question is what percentage of toxic behavior on Twitter is driven by sick bots rather than healthy people. It is quite possible that the vast majority of critical, malicious, and divisive discourse is driven by a few diabolical actors driving large bot armies.”