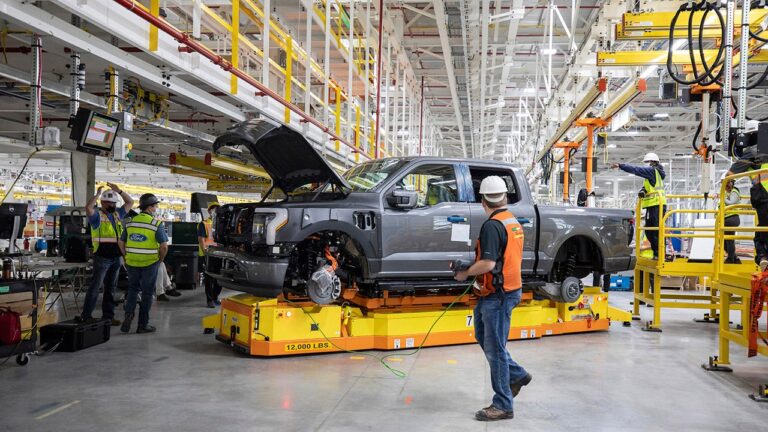 Ford is turning up the juice at its electric truck factory.

The automaker announced on Tuesday that it has added a third shift to the production line for the F-150 Lightning pickup.

Final assembly for the truck is handled at the Rouge Electric Vehicle Center in Michigan, which is adjacent to the main factory where conventional F-150s are built.

Approximately 250 staff are being added to the F-150 Lightning line.

The full-size pickup shares many of its body parts and other components with the rest of the F-150 lineup to help reduce manufacturing costs and make it easier for customers to use the same accessories across the different trucks.

Ford delivered 13,258 F-150 Lightnings to customers through November as production was ramped up.

The automaker has previously said it plans to be producing the vehicle at a rate of 150,000 units annually at the facility by the end of 2023.

Ford is building a dedicated electric truck plant in Kentucky called Blue Oval City that is scheduled to open in 2025 with a next-generation truck model.