ECB, BOE raise rates by half a percentage point 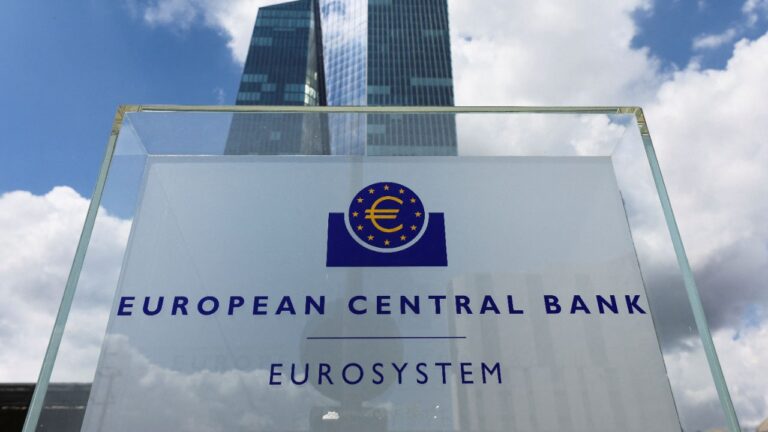 The central banks of the U.K., eurozone and Switzerland increased interest rates by 0.5 percentage point, following the Federal Reserve in slowing the pace of increases as inflation edges lower across advanced economies.

The European Central Bank said in a statement it would raise its key rate to 2% from 1.5%, the highest level since 2009. It said it “expects to raise [rates] significantly further, because inflation remains far too high and is projected to stay above the target for too long.” The bank also said it would reduce its multitrillion-dollar bondholdings starting in March, by EUR15 billion, equivalent to $16 trillion, a month on average at first.

ECB policy makers are wrestling with stubbornly high inflation, which is likely to linger for longer in Europe than in the U.S. European policy makers are spending heavily to support embattled consumers and businesses, while contending with prolonged high energy prices, fueled by Russia’s war in neighboring Ukraine, and accelerating wage growth. All that is likely to keep inflation high.

Investors will now turn to ECB President Christine Lagarde’s news conference, starting at 08:45 a.m. ET, for clues as to how high eurozone rates could rise and how much the ECB might trim its bond portfolio. Unloading that debt will likely put pressure on highly indebted governments in Southern Europe by pushing up their borrowing costs. The Fed has been unloading bonds since June.

The BOE said it believes the U.K. economy is already in a recession that will last for a “prolonged period,” and for two of its nine rate setters, the first of those two risks has become the greater. The two dissenters voted to leave the key rate unchanged, arguing that previous moves were “more than sufficient” to bring inflation back to the central bank’s 2% target. The rise to 3.5% takes the key rate to its highest level since October 2008, when the central bank was rushing to loosen policy to support economic growth as the global financial crisis struck.

It was the first meeting since March in which a policy maker had voted against a rise in the key rate, and a sign that the peak in interest rates may be near.

However, a majority of policy makers said that further rate increases “may be required” and all agreed that they would move “forcefully” if high inflation looked set to last for longer than they now expect. According to the minutes of their meeting, six members viewed the half-point rise as “forceful.” One member voted for another rise of 0.75 percentage point, seeing signs that inflation would stay high for longer.

“This divergence in views reflects the difficulty of navigating the different shocks facing the economy, with inflation elevated, but a recession likely,” said Luke Bartholomew, an economist at money manager abrdn.

Investors are watching closely for where interest rates could peak and how long they might stay there, decisions that will likely ripple through financial markets.

Now that interest rates are approaching levels that are likely to weigh on economic growth, central banks need to determine how much they need to cool the economy, and how much inflation will disappear on its own as energy and food prices ease. That calculation is complicated by the fact that interest-rate changes can take years to fully affect the economy.

According to the BOE’s minutes, the two dissenters in favor of leaving the key rate as it was argued that “the lags in the effects of monetary policy meant that sizeable impacts from past rate increases were still to come through.”

In other parts of Europe, economic growth has slowed in recent months as surging inflation has hurt the spending power of households and businesses. Parts of the region are expected to fall into recession over the winter. Still, recent data suggests that any recession is likely to be relatively shallow, partly because unemployment remains at or near record lows.

In Switzerland, the central bank warned in a statement that inflation would likely remain elevated for now and signaled it could raise rates again. It also said it would intervene in the foreign-exchange market if necessary to control the strength of the Swiss franc.

LARRY KUDLOW: THE US AND EU WOULDN’T BE IN THIS ENERGY FIX IF THEY KEPT FOSSIL FUEL SPIGOTS OPEN

Switzerland’s central bank is in a stronger position than many of its counterparts because the country’s inflation rate was 3% in November, down from 3.5% in August. That is still above the central bank’s target of 0% to 2% but considerably below the 10% inflation rate in the surrounding eurozone. Lower inflation in Switzerland reflects the strength of the Swiss franc, which lowers import prices, as well as a more moderate energy burden, economists said.

The SNB increased interest rates by 0.75 percentage point in September and 0.5 point in June. That marked a sharp shift for a central bank that has spent years battling very low or negative inflation with aggressive policies including negative interest rates and interventions in the foreign-exchange market to weaken the franc.

The Federal Reserve on Wednesday announced a 0.5-percentage-point interest-rate after four consecutive increases of 0.75 point to a range between 4.25% and 4.5%, and signaled plans to lift rates through the spring.

In Asia, the central bank of the Philippines slowed the pace of its tightening to a similar degree, raising its key rate to 5.5% from 5% Thursday, having previously increased borrowing costs by 0.75 point in November.