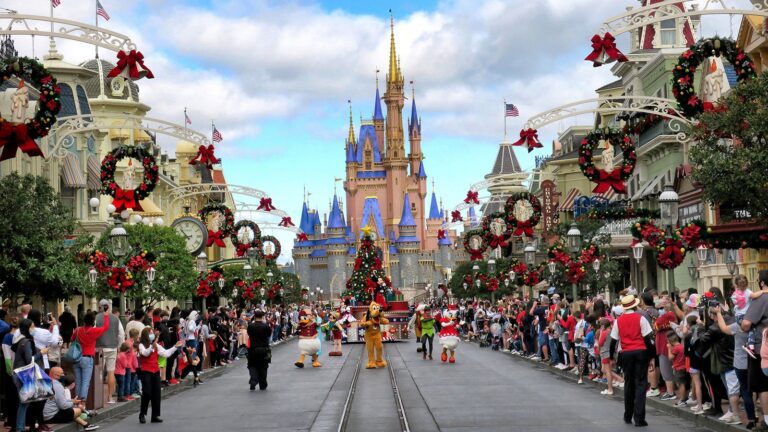 Walt Disney World is once again raising admission ticket prices at three of it’s Florida theme parks — and depending on the day, customers may pay nearly $200 to get in for the day.

Depending on the date and which park visitors want to go to — Magic Kingdom, EPCOT, Disney’s Hollywood Studios or Disney’s Animal Kingdom — ticket prices will range from $109 to $189 for a single-day, one-park ticket.

In 2018, “The Most Magical Place on Earth” introduced variable date pricing where the cost of the ticket depends on the day you want to visit and demand for tickets.

Now, Disney is going to have variable prices not only by date but also by the selected park.

Magic Kingdom will be the most expensive park, since it is the most-visited and popular of the theme parks.

DISNEY+ SUBSCRIBER BASE GROWS BY 12.1 MILLION IN Q4

Epcot and Hollywood Studios, which have both undergone significant development in recent years, will be the middle-tier parks when it comes to pricing.

Animal Kingdom will be the most inexpensive park, maintaining its current price range of $109 to $159 per day for one-day, one-park tickets.

The new prices for each park are listed below:

Disney said the $189 price point is specifically for nine days around the week of Christmas to New Year’s at Magic Kingdom.

“We continue to focus on providing guests with the best, most memorable Disney experience, and we’re doing that by growing our theme parks with incredible new attractions and offerings,” a Disney spokesperson said. “We are also making planning easier with new 1-day tickets that automatically include a guest’s theme park reservation and continue to provide a wide range of options to visit throughout the year, including our lowest priced ticket of $109, which has not changed in more than four years.”

Disney also announced updated prices for its Park Hopper and Park Hopper Plus options. Like ticketing, prices will vary by date and demand rather than a fixed cost.

Disney has also raised the prices for its annual passes, which will go up between $43 to $100.

The Pixie Pass — which is only available to Florida residents and limited to weekday visits — remains on sale.

Many Disney-fanatics are upset because the company has hit pause on selling the Pirate, Sorcerer and Incredi-Pass annual passes. In a statement, Disney stated that the company is still focused on existing pass holders, as they are seeing some of the highest-ever renewal rates from that group.

This is the second price increase tourists hoping to take their families to Disney World have seen in 2022, with the first occurring in mid-February.

Along with ticket price increases, Disney is tweaking its dining reservations and park pass reservations systems.

Back in 1971 when the park first opened, admission tickets were $3.50. According to an online study by Koala, a company that helps connect travelers to timeshare rentals, a ticket to Disney will cost a guest $253.20 in the year 2031.