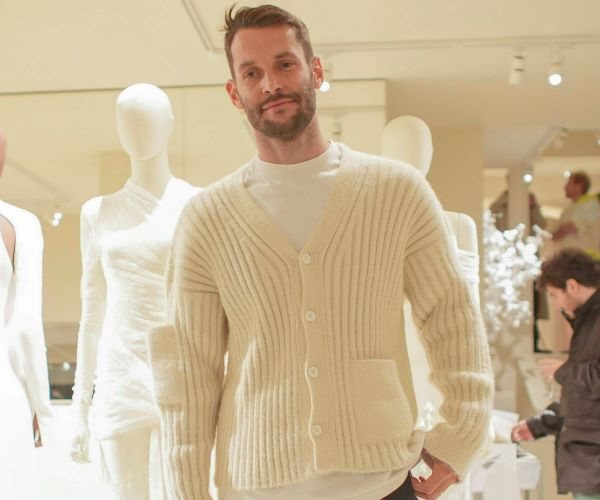 His micro-bag is on the fingers of the biggest celebrities, and he operates by his own timetable — Simon Porte Jacquemus has forged a singular and hugely successful path in the fashion game at the age of just 32.

The French designer attracted celebs including Pamela Anderson and Sophie Marceau for a typically light-hearted and sunny catwalk show on Monday — with abundant palm fronds, enormous straw hats and massive sunglasses, providing a stark contrast to the freezing temperatures outside.

“I wanted to talk about these over-the-top girls we see at Capri or Portofino. We wanted to play with our usual codes,” Jacquemus told AFP after the show.

He was continuing his recent habit of presenting his new collection outside the official calendar of fashion events.

He last showed at Paris Fashion Week in 2020, and has since preferred other locations, such as the dunes of Camargue in southern France this summer, that drew the likes of Victoria Beckham.

His strategy is paying off.

“Jacquemus is a phenomenon. His recent collaboration with Nike was one of the biggest successes of the year, as was the opening of his boutique. The rhythm of his collections mirrors his direct relationship with consumers,” said Serge Carreira, luxury specialist at Sciences Po Paris.

The brand has grown 10-fold to 200 million euros since before the pandemic, according to figures seen by specialist news site Business of Fashion, with a goal of hitting 500 million euros by 2025.

With several vacancies at top fashion houses, Jacquemus has fended off offers from big names, arguing that he “already has a big house: Jacquemus”.

Originally from Provence, Jacquemus came to Paris in 2009 and held his first fashion week show three years later. This September, he opened his first boutique in the French capital.

He likes focusing on his sunny origins, knowing they can seem ‘vulgar’ to the fashion elite.

“Talking of the sun isn’t (seen as) luxury, the colours aren’t luxury. Cold is luxury,” he told AFP at the show. “We are trying to say that actually luxury is being happy and sharing it.”

A savvy user of social media, Jacquemus likes to share that sunny life with his five million Instagram followers, including his celeb-packed wedding to PR consultant Marco Maestri this summer.

But the thing that has really put him on the map is undoubtedly his Chiquito micro-bag — an increasingly common sight on the fingers of the fashion-conscious, right up to the likes of Rihanna and Kim Kardashian.