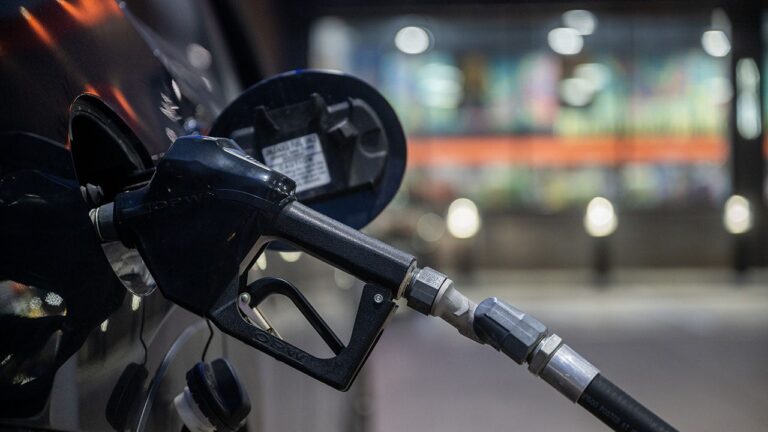 The national average for a gallon of gasoline is projected to hover around $3 during the Christmas holiday, according to AAA.

Many states, although not all, could even see the average price drop well below $3, AAA spokesperson Andy Gross told FOX Business.

“For the bulk of the country, outside of Washington, California, Nevada, Oregon and Hawaii … gas prices are going to be probably well below $3 a gallon, Gross said.

Fifteen states have already seen their averages fall below that mark, he added.

US NATIONAL GAS PRICES NOW LOWER THAN THEY WERE A YEAR AGO, AAA SAYS

Afterward, prices started to fall, although they have been in a steady decline since early November. As of Nov. 10, prices have fallen between 10 and 15 cents per week, according to AAA data.

This decline isn’t terribly unusual during this time of year, given the bad weather and shorter days, Gross said.

“Seasonal demand is kind of coming into play right now and people just don’t drive as much this time of year,” Gross said. “The weather’s kind of crummy, the days are shorter … and there’s also the hybrid working feature.”

In fact, demand is “noticeably lower” compared to the same period last year.

According to the Energy Information Administration, drivers only used 8.36 million barrels of gasoline last week, which is 605,000 barrels lower than a year ago.

In addition to demand slipping, the global price of oil has also fallen al lot and the oil markets don’t seem “too concerned about a European price cap on Russian oil,” either, Gross said.

As of Monday, Montana led with the biggest weekly price drop, down 26 cents. California, Alaska and Nevada followed closely behind with prices falling 25 cents, 24 cents and 21 cents, respectively.