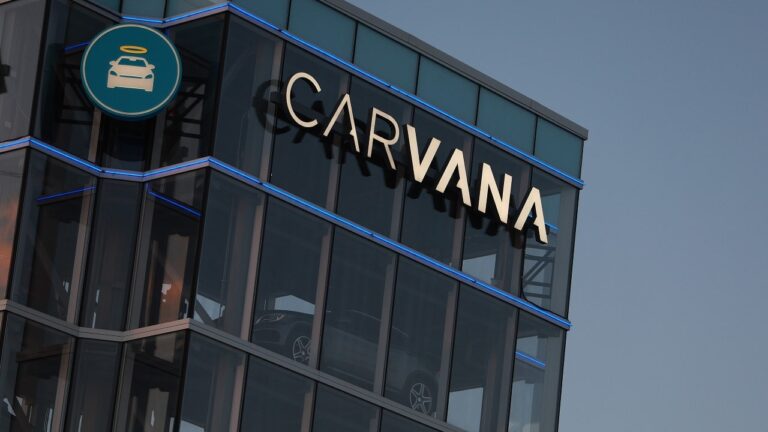 Investors in online used-car seller Carvana Co. say they are frustrated at how executives handled the company’s downturn and are anxious about being pushed aside in a restructuring that could potentially involve the chief executive’s father, the company’s biggest shareholder.

Carvana soared in the pandemic and like other big winners of that time it vastly overestimated its growth potential. Carvana, though, loaded up on debt to fund the expansion, leaving it vulnerable to a downturn. Its shares are down 98% this year.

The company’s terrible 2022 came to a crescendo this week as the company hired restructuring advisers and its bondholders signed an unusual agreement to cooperate in case the company did a deal that hurt them.

“The die has been cast,” said Drew McManigle, chief executive of MACCO Restructuring Group, a restructuring advisory firm that isn’t involved in Carvana. “With creditors binding together and a major change in consumer sentiment since the end of the pandemic, it’s almost a foregone conclusion that a restructuring will happen. The question is how soon.”

The bondholders say they are also frustrated with how badly Carvana’s management missed the downturn. The company is led by Ernie Garcia III, who spun Carvana out from his father’s used-car empire and is surrounded by longtime friends.

Some of the creditors feel the dynamic leads to a leadership that is resistant to changing their minds.

Carvana declined to comment on its debtholders, a potential restructuring, the company’s 2022 performance or its leadership and their strategy.

The creditors, which hold about 70% of Carvana’s debt, aren’t a group to be messed with. They include Apollo Global Management Inc., Pacific Investment Management Co. and Ares Management Corp., all veterans of restructuring fights, often with one another. In this case, though, they have signed a three-month cooperation agreement that binds them to act in unison if the company seeks to raise new capital or pit creditors against one another, The Wall Street Journal reported citing people familiar with the matter.

The agreement is relatively rare in the dog-eat-dog world of distressed investing. The creditors say they were concerned the company could be preparing a coercive transaction with the support of its advisers, investment bank Moelis & Co. and law firm Kirkland & Ellis.

Both firms have recently helped financially distressed companies raise cash through aggressive transactions that stripped collateral away from secured lenders. The collateral is moved out of reach into a separate subsidiary and the company usually uses it to borrow more.

Carvana shares fell nearly 40% this week amid the turmoil. Still, the lenders say they don’t expect Carvana to file for bankruptcy soon. Carvana should have enough cash to last through the end of next year, investors say.

The creditors are facing off against Mr. Garcia and his father, Ernie Garcia II, who controls about 44% of Carvana’s equity, according to Carvana’s filings. The elder Mr. Garcia built his own used-car dealership group, the privately held DriveTime Automotive Group Inc. which does extensive business with Carvana including leasing it real estate, buying its cars and servicing its loans.

“We’re all looking for clarity there,” said a creditor in the cooperative agreement. “As long as Ernie Sr. is involved in DriveTime, he’s directly involved in Carvana.”

The elder Mr. Garcia has enough cash to make a difference in a restructuring. Through various vehicles, the elder Mr. Garcia sold more than $4 billion worth of Carvana shares since its IPO in 2017, according to Carvana’s disclosures.

The elder Mr. Garcia has his own experience running a struggling, publicly traded used-car business. He was CEO of DriveTime’s predecessor, which was called Ugly Duckling and went public in 1996. Its shares soared, but within two years were trading below their IPO price. Mr. Garcia took the company private in 2002.

At the moment, bondholders are focusing their frustration on Carvana’s CEO, Mr. Garcia III, for focusing only on growth and failing to catch the turn.

The assessment was echoed by several former Carvana executives who said that inside the company’s c-suite, Mr. Garcia and a close-knit core of longtime friends held fast to the idea that their business model was on a path toward becoming the country’s largest and most profitable auto retailer.

“We must scale. That is our path,” Mr. Garcia wrote to investors in a shareholder letter in February. Carvana sales suffered their first decline in the first quarter.

With sales slowing, Carvana said in February it expected to increase the number of cars it sold to consumers by roughly 30% this year. Rather than scale back, Mr. Garcia that month agreed to buy a car-auction business for $2.2 billion, borrowing $3.3 billion to pay for it.

When buyers balked, Carvana agreed to sell half of the bonds to Apollo at an interest rate of 10.25%, well above average for junk bonds. On the same day the deal closed, Carvana laid off around 2,500 employees as it sought to bring its expenses under control.

“It has always been the right move to start building for growth well ahead of when we expect it to show up,” Mr. Garcia wrote in an email to employees viewed by the Journal. “This strategy worked for us every year until this one.”

Last month, the company said it was laying off another 1,500 employees.