Career challenge: Should you allow the December holidays to slow down your job hunt? | Republican Investor

Career challenge: Should you allow the December holidays to slow down your job hunt? 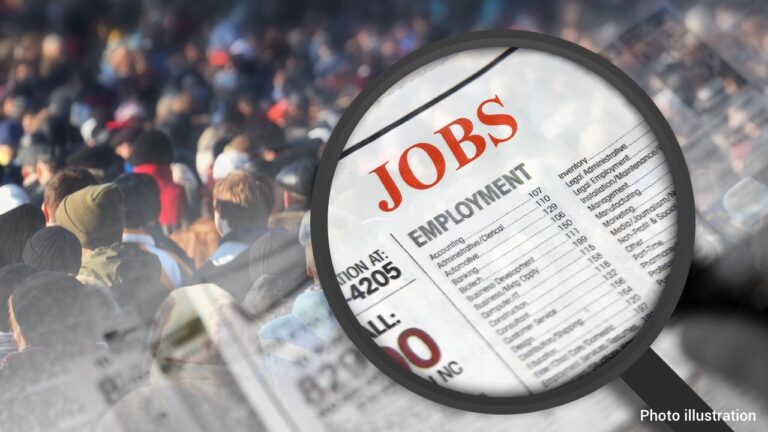 It is often said that December is the most wonderful time of the year — but is this the case for job seekers?

If you’re looking for a new opportunity, it still makes sense to send out resumes, network with recruiters and follow up after interviews — even if some businesses are slower, according to hiring experts.

Here’s a deeper dive into the issue — and smart tips for those on the hunt for a new position.

Do companies go into a slower ‘holiday mode’ in December?

In general, most companies are still conducting business, but the pace of business operations may vary by industry, experts note.

CAREER CHALLENGE: HOW TO NAIL YOUR SECOND JOB INTERVIEW AND LAND A DREAM JOB

“Although many companies and employees take vacation or are focused on the holidays, [the] end-of-year [time period] tends also to be a very busy time, as deadlines need to be met and onboarding new employees can be very beneficial,” Michael Timmes, a senior human resource specialist at Insperity based in Florham Park, New Jersey, told FOX Business.

The end of the year often brings a hiring slowdown, noted Timmes, though some industries do have positions to fill.

“December is statistically believed to be the lowest hiring month of the year, but this isn’t reliable across all sectors as certain industries, such as retail, are in their busiest season of the year and hiring remains level, if not increased,” he said.

“Hiring managers are recruiting, and many of them are looking to fill vacancies rather than having a hiring frenzy come January.”

If there are surplus funds, a portion may be used by hiring managers to attract new employees to onboard ahead of the New Year, he also said.

Should job seekers keep sending out resumes in December?

Experts advise keeping your job search going, as your resume may hit the desk of a hiring manager at just the right time.

CAREER CHALLENGE: HOW DO YOU EXPLAIN A SIX-MONTH GAP (OR MORE) ON YOUR RESUME?

“You should absolutely send out resumes during December,” Timmes underscored.

“Also, even if the seeker isn’t hired in December, it’s a great way to get a jump-start on the new year hiring process — and interviews may begin in late December or early January,” he added.

Also, job seekers may not be as focused on end-of-year job hunting, which allows for a smaller pool of competition, Timmes says.

“Hiring managers are recruiting, and many of them are looking to fill vacancies rather than having a hiring frenzy come January,” he says.

“Keep in mind [that] we continue to see a labor shortage in many industries,” he continued.

CAREER CHALLENGE: DO YOU REALLY NEED TO GIVE 2 WEEKS’ NOTICE WHEN LEAVING A JOB?

In addition, he says the year’s end is a good time to onboard and train employees, especially if the office is slower due to the holidays.

In addition, specific companies will be looking to fill temporary positions, as they may need help on end-of-year projects and deadlines, he said.

What can job seekers do to promote and improve their search efforts?

Job experts say there’s really never a bad time to reach out to your professional community.

“Make sure [your online] profile is always updated with the right skills; this matters even more in an economic downturn.”

“Don’t be disheartened if responses are a bit slow,” Blair Heitmann, a career expert with LinkedIn based in New York City, told FOX Business.

CAREER CHALLENGE: HOW TO ASK THE BOSS FOR A RAISE IN A BAD ECONOMY

“While you might see a few more OOO [out of office] notes at the end of the year, it’s still a good time to say ‘happy holidays’ and set a check-in for the New Year,” she added.

“You’ll be better prepared once business returns to normal in January.”

Furthermore, connecting with your network at the end of the year is also smart if your mindset is, “new year new job,” said Heitmann.

“Check out who is hiring in your LinkedIn network — and your network’s network,” she recommended.

Another tip: Take the time to update your profile to get noticed.

“Make sure it’s always updated with the right skills; [this] matter[s] even more in an economic downturn,” Heitmann continued.

“Since we know hirers are increasingly relying on skills to search and identify job candidates, keeping these updated is key,” she also said.