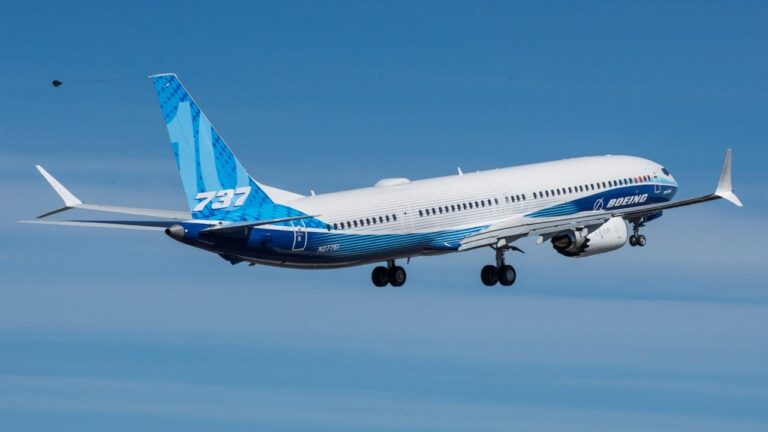 Federal lawmakers dealt a setback to Boeing Co., proposing a defense bill that didn’t exempt two new 737 MAX models from a new regulatory requirement, as the plane maker had sought.

Negotiators in Congress dropped the potential waiver from the National Defense Authorization Act, an annual must-pass bill that lawmakers filed late Tuesday. The waiver’s exclusion from the bill leaves Boeing fewer options during the current Congress to avoid a requirement to perform costly and time-consuming upgrades to the cockpits of its newest 737 models.

Boeing declined to comment. The company’s shares declined about 2% in early Wednesday trading, while major U.S. stock indexes were flat.

Boeing faces a Dec. 27 deadline imposed by a 2020 law, which aimed to make new aircraft safer by requiring modern cockpit-alerting systems to help pilots resolve emergencies. At the time, Boeing didn’t expect the requirement would affect its newest 737 models, the shorter MAX 7 and longer MAX 10. But Federal Aviation Administration approvals have taken longer than the company had anticipated.

BOEING’S LAST 747 TO ROLL OUT OF WASHINGTON STATE FACTORY

Without a waiver from the deadline, Boeing has said it may cancel both jets and incur financial losses.

Boeing’s overall orders for the new jets, representing about 1,000 planes, are worth at least $50 billion in revenue after customary discounts, according to the aviation data provider Ascend by Cirium. That amount is nearly as much as the company’s overall sales last year of commercial jets, military aircraft and services.

Boeing now is expected to focus its lobbying efforts on asking lawmakers to attach a waiver to a potential omnibus spending bill, according to people familiar with the matter.

AIRBUS TO PUSH AHEAD WITH PRODUCTION INCREASES AS BOEING LAGS

Boeing has argued to lawmakers and their staff that it will be safer for the new jets to have a common cockpit type with existing 737 MAX airplanes. Chief Executive David Calhoun has expressed confidence that Boeing would prevail in persuading lawmakers to grant an extension, saying in September: “We will use the safety argument to win it.”

Major pilot unions are split on the issue, and relatives of those who perished in a pair of 737 MAX crashes in 2018 and 2019 have been lobbying against changing the deadline.

In addition to the company’s safety argument, Boeing representatives have been highlighting potential economic fallout if Boeing winds up canceling the two jets, according to people familiar with the discussions. The company has argued in part that American jobs are at stake and that airlines might instead order jets from Boeing’s rival, European plane maker Airbus SE, some of these people said.

Jon Holden, a union leader representing Boeing workers in the Seattle area who build the company’s aircraft, said the outcome of MAX waiver debate could affect jobs—not just mechanics but also engineers and employees of suppliers.

“This is about our future, and the future of the communities we live in,” said Mr. Holden, president of District 751 of the International Association of Machinists and Aerospace Workers.

Lawmakers in recent weeks have been considering a deadline extension for the two models, as well as a compromise proposal to lift it in exchange for various safety improvements, though these would be short of the modern cockpit-alerting system required by the 2020 law.

The compromise proposal was offered by Sen. Maria Cantwell (D., Wash.), chair of the Senate Commerce Committee. The proposal has prompted some concerns among Republicans over legislating changes to airplane cockpits and potentially putting Congress in the position of bypassing air-safety regulations, a Senate aide said.

Natalie Andrews contributed to this article.