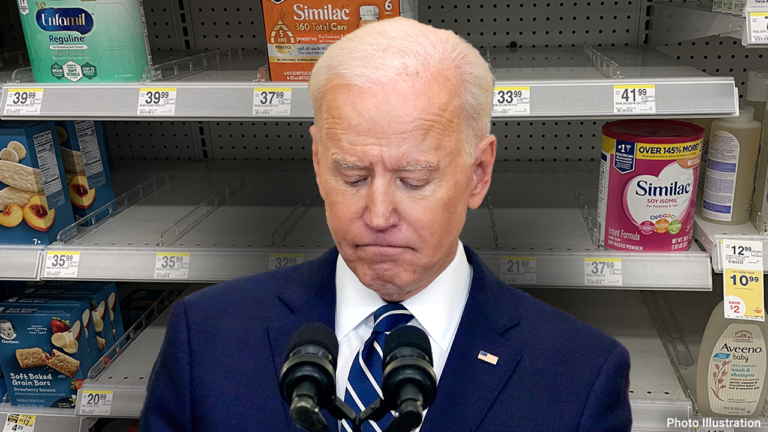 One parent from Keystone, Florida, said it’s been “crazy” – especially for parents in need of a popular hypoallergenic and lactose-free formula.

“We have been getting less powder, Nutramigen. So, whatever I have, I’m kind of like, can I just feed him less? But then it’s like, you can’t feed a child less because that’s not fair to them,” mother Ellie Johnston told FOX Business.

Her comments come as Reckitt, the maker of the popular baby formula brand Enfamil, recently announced that they are expecting shortages to last until spring.

The shortage began earlier this year when Abbott Nutrition plant in Sturgis, Michigan, was shut down due to reports of infants being hospitalized after consuming products from the facility.

In response to the shortage, the Biden administration launched “Operation Fly Formula” intended to boost supply. However, the last transport occurred in September.

The White House did not respond to FOX Business’ request to comment on whether parents can expect more shipments in the future.

“Parents can only buy two to four containers of formula at a time, depending on the store and those rules. That lasts a family about a week, a week and a half,” she explained.

She also said parents are not able to substitute certain brands, namely those in need of hypoallergenic formulas.

“Parents whose children are on Alimentum formulas or hypoallergenic formulas are not able to switch – and right now those are the ones that we are very much missing,” she stressed.

Despite the chaos, some businesses have seen a boom from parents’ desperation. FindMyBabyFormula.com has seen a massive spike in enrollment with more than 7,000 new members in the past few weeks. They also pointed out that more than 60% of requests are for Nutramagen.

Enfamil did not return FOX Business’ request for comment over supply issues.

Kroll also noted that in May she launched Facebook group “Baby Formula Search and Swap” to help parents across the nation.