As US home prices decline, number of buyers with underwater mortgages swells 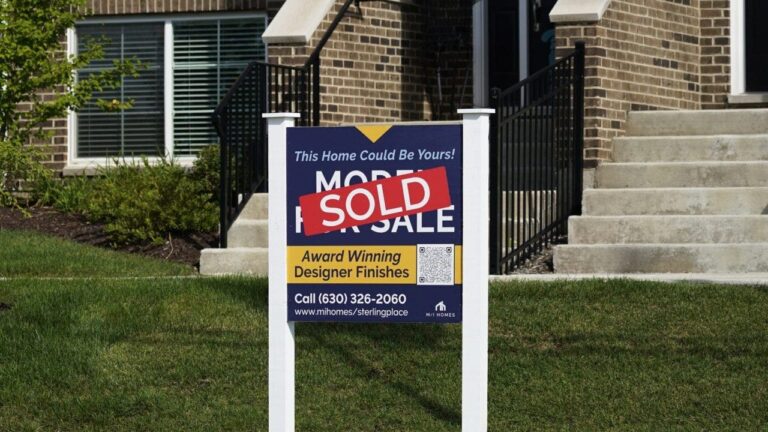 An alarming number of new homeowners are discovering they owe more on their mortgage than their home is worth as surging interest rates send housing prices spiraling down.

About 250,000 Americans who took out a mortgage this year to buy a home are now underwater, meaning the home is worth less than the loan they took out on it, according to new data from Black Knight. Another 1 million have less than 10% equity.

That’s because the highest mortgage rates in decades, combined with already steep home prices, have made it one of the worst times in a generation for consumers to buy a new house.

“Though the home price correction has slowed, it has still exposed a meaningful pocket of equity risk,” said Ben Graboske, the Black Knight data and analyst president. “Make no mistake: negative equity rates continue to run far below historical averages, but a clear bifurcation of risk has emerged between mortgaged homes purchased relatively recently versus those bought early in or before the pandemic.”

During the COVID-19 pandemic, home prices soared at a pace not seen since the 1970s with mortgage rates near a record low. Homebuyers – flush with stimulus cash and eager for more space during the pandemic – flocked to the suburbs; demand was so strong, and inventory so low, at the height of the market, that some buyers waived home inspections and appraisals, or paid hundreds of thousands over asking price.

But painfully high inflation and rising borrowing costs have proven to be a lethal combination for the housing market, sapping consumer demand and sending home prices tumbling.

In total, about 8% of mortgages taken out this year are underwater, or roughly one in 12 homes bought in 2022. The situation is even worse for individuals with government-backed mortgages, according to Black Knight: About 25% of those buyers this year are now underwater.

THE US IS IN A HOUSING RECESSION: WHAT THAT MEANS

“This is an illustrative and, unfortunately, potentially vulnerable cohort that we will continue to keep a close eye on in the months ahead,” Graboske said.

The problem could get worse before it begins to improve. Some experts see prices falling as much as 20% over the next year as a result of higher mortgage rates.

A confluence of data released last month showed that the housing market is already rapidly deteriorating: Sales of existing homes tumbled in October for the ninth straight month; homebuilder sentiment fell to the lowest level since 2012 in November; and investor home purchases plunged 30%.

Many experts agree the housing market will worsen as the Federal Reserve tightens policy at the fastest pace in three decades in order to crush runaway inflation.

The average rate for a 30-year fixed mortgage fell to 6.33% this week, according to the latest data released last week from mortgage lender Freddie Mac. That is significantly higher than just one year ago when rates stood at 3.10%, although it’s down from a peak of 7.08%.