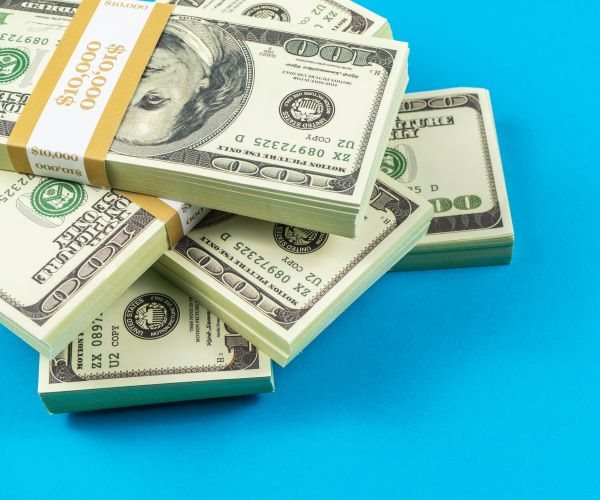 Share
Facebook Twitter LinkedIn Pinterest Email
Americans are expecting waning inflation pressures over the next few years even as they expect their incomes to perk up, the New York Fed said Monday in its latest Survey of Consumer Expectations.

The bank reported that respondents to its November survey foresee a record month-to-month drop in inflation a year from now, with inflation expected to rise by 5.2% versus the 5.9% projected increase in October. The New York Fed survey began in 2013.

Meanwhile, the expected level of inflation three years from now moved to 3%, from October’s 3.1%, while five years from now, the public expects inflation at 2.3%, from 2.4% the prior month.

The one-year ahead expected inflation reading was also the lowest of the year. It came as the respondents said in the report that they are expecting smaller price rises for a range of key goods and services. In November, survey respondents said gasoline prices a year from now will be up by 4.7%, down from October’s expected 5.3% rise.

The survey also found a big expected drop in food prices a year from now. Home prices are also expected to show a slightly slower pace of gains and be up by 1% a year from now, the lowest such reading since May 2020, according to the New York Fed.

The drop in the expected path of inflation arrives just ahead of this week’s Federal Reserve policy meeting, where officials are widely expected to moderate the pace of their very aggressive campaign of rate rises and lift their overnight target rate by half a percentage point as they seek to lower the highest levels of inflation seen in 40 years. The Fed’s inflation target is 2%.

The Fed is expected to press forward with rate rises after the December meeting as price pressures have remained relatively resistant to rising short-term rates, which in theory should cool inflation. One reason why the Fed is raising rates so aggressively is because it doesn’t want high price gains to become embedded in the economy.

The expected path of inflation is a key variable in that process. Fed officials believe that where the public expects price pressures to go in the future exerts a strong influence on where they are now.

A large part of the near-term fall in expected inflation is likely tied toward recent declines in always-volatile gasoline prices. But the New York Fed report may herald a new source of inflation trouble, and that’s higher wages, which over time could contribute to rising inflation.

The New York Fed reported that respondents said in November they see household incomes rising by 4.5%, from October’s 4.3%, a record-high reading.

“The inflation we’re seeing now is not principally related to wages,” Fed Chair Jerome Powell said on Nov. 30. But he added, “we think that wage increases are probably going to be a very important part of the story going forward” in terms of what’s driving inflation pressures.

“We want wages to go up strongly” but that must happen at levels consistent with the Fed’s inflation target, Powell said. And even now, wage gains are outstripping where the need to be for the Fed to achieve price stability, he said.

Some see next year as a critical period for knowing how much higher wages will be a strong inflation driver.

“We are in phase one of the inflation slowdown, driven by goods and food and energy and that is great,” said Aneta Markowska, an economist at investment bank Jefferies. But she added next January to February is a key time for resetting wages and it will be critical to see what happens.

“We have to get through that period before the Fed can be confident that [wage gains are] not feeding through” to inflation levels, Markowska said.