Affording gifts during the holidays has become more difficult for many Americans, poll finds | Republican Investor

Affording gifts during the holidays has become more difficult for many Americans, poll finds 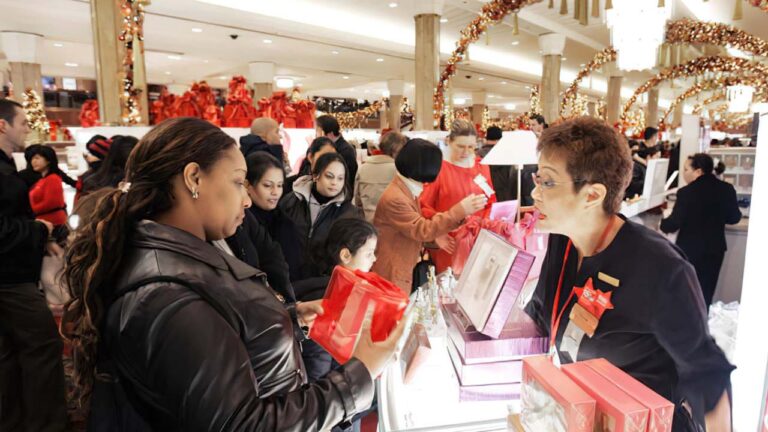 Affording gifts during the holidays has become more challenging this year for many Americans, according to a recent poll, as the country continues to grapple with inflation.

The AP-NORC Center for Public Affairs Research poll, released Tuesday, found 57% of U.S. adults indicated affording things they want to gift was “harder.” That share is up 17% from roughly the same time last year when 40% reported encountering affordability issues in their holiday shopping.

About 40% said affording gifts was “neither easier nor harder” in the current holiday season, while only 2% reported it being easier, the poll showed.

As measured by the consumer price index (CPI), inflation has been hovering at painfully high levels, with prices in November going up 0.1% month-over-month and 7.1% year-over-year. However, FOX Business reported that November represented the slowest annual inflation rate since December of last year.

The poll found that about 91% of respondents who found it more challenging to afford presents said they have cut back on them.

Inflation has also hit many Americans on food they purchase to celebrate holidays. Roughly 57% reported that affording food for holiday meals had gotten more difficult this year, while 40% said there hasn’t been a change, and 2% indicated it was “easier,” according to the poll.

NOVEMBER INFLATION BREAKDOWN: WHERE ARE PRICES RISING THE FASTEST?

In November, food prices rose 0.5% on a monthly basis and 10.6% on an annual basis, according to CPI data from the Labor Department. For at-home foods, prices went up 0.5% month-over-month, with some staples like eggs, breads, fresh fruits and fresh vegetables seeing respective increases.

Additionally, the poll found that the shares of adults who indicated affording presents or holiday meal foods was harder were higher among lower-income brackets than higher-income.

Megan Henney contributed to this report.