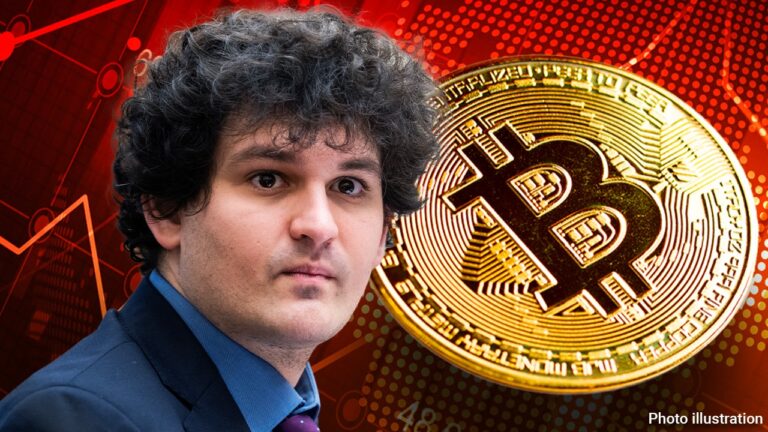 Investors bemoan the lack of disclosure in the crypto industry. But many crypto companies disclose a lot of information, and some of it is worrisome, a review of financial statements shows.

The blowups of FTX and Celsius Network LLC exposed hidden risks that might have raised red flags for investors, including related-party transactions, commingled customer funds, sketchy record-keeping and questionable accounting. Some of these problems often appear in disclosures by public crypto companies, including weak systems used to keep numbers accurate.

A look at 19 of the publicly traded crypto miners showed that 16 disclosed significant internal-control weaknesses in the past four years, some of which were “alarming,” according to Bedrock AI, which makes software that analyzes financial filings. Crypto miners build powerful networks of computers that process transactions and are rewarded in newly generated currency.

The bitcoin miner Riot Blockchain Inc. filed an annual report in March that identified four material weaknesses in internal controls. One of those weaknesses raised questions about how the company determines its revenue, one of the simplest and most important numbers in accounting.

On the day before Thanksgiving, the company filed its second amended version of the March report to say that auditors didn’t assess internal controls on a third of the company’s revenue and assets. They hadn’t analyzed two of Riot’s significant acquisitions from 2021, the company said.

A spokeswoman for Riot said the filing was amended because the notice that the subsidiaries had been excluded from the assessment was inadvertently left out of the company’s disclosures.

Checks on internal controls are important parts of an audit because they give accountants confidence that the numbers they are looking at are valid. Weak internal controls can lead to restatements of financial reports.

Another large bitcoin miner, Marathon Digital Holdings Inc., disclosed problems with internal controls tied to revenue and its assets. It added that it hadn’t effectively designed a control to detect significant misstatements in revenue.

The company said it would work to remedy the problem by adding staff in financial and information-technology roles. The company, with a stock-market value of about $700 million, has in the past two years grown to 26 full-time employees from three, Marathon said.

Marathon has also made investments in related parties. In September, the company invested $30 million in a private company called Auradine Inc., whose business isn’t described in Marathon’s filings. Marathon’s chief executive officer, Fred Thiel, serves on Auradine’s board, and another Marathon board member is a 10% shareholder of Auradine, according to Marathon’s disclosures.

A Marathon spokesman said Auradine is an early-stage company that is a strategic investment for Marathon.

Basic accounting and operational controls can take a back seat to growth at crypto companies, as the Celsius implosion indicated. The bankrupt lender failed to ensure that customer funds in certain deposit accounts were set aside from the rest of its crypto holdings, an independent examiner appointed in the company’s chapter 11 case found.

“Due to time pressure and lack of engineering resources, Celsius chose [instead of controls] to rely on manual reconciliations and transfers of crypto assets…for the custody program,” the examiner wrote in November.

The lack of standardized accounting rules for cryptocurrencies can mean that even audited financial statements might fail to convey the true state of a company’s finances. Crypto doesn’t fit neatly into the definitions used to categorize assets. It lacks the government or commodity backing needed to be treated as cash, it is too volatile to be a cash equivalent, and it isn’t necessarily a financial instrument or security either, said Vivian Fang, an accounting professor at the University of Minnesota.

Regulators and accounting rule makers are working to fill the void in crypto accounting standards. The Financial Accounting Standards Board, the U.S. standards setter, aims to issue proposed rules next year.

Most companies holding cryptocurrencies have been treating them as indefinite-lived intangible assets, similar to intellectual property such as trademarks. But accounting rules allow such assets to be valued upward only when they are sold, meaning a company’s reported balance sheet might not reflect the current value of its holdings. FASB has signaled that companies should hold bitcoin and many other crypto assets at fair value.

There are also questions over whether exchanges should have to include customer deposits as assets and corresponding liabilities. The Securities and Exchange Commission in March issued accounting guidance saying they should do so.

The wild price moves of bitcoin can create odd results for miners that hold big slugs of the cryptocurrency.

Riot Blockchain said in disclosures that it has booked $126 million in revenue from bitcoin mining through September. That was more than offset by $132 million in impairment charges related to bitcoin’s declining price.

The full impact of these big price moves can sometimes only be seen in the footnotes to financial statements. In early November, Marathon said, it held approximately 11,440 bitcoin. Mr. Thiel, the CEO, citing third-party data, has described the holding as the second-largest among publicly traded companies.

In the footnotes, Marathon also said that roughly 83% of that bitcoin amount was pledged as collateral on around $100 million in loans.

Marathon said Tuesday that it has since paid down its loan balance to around $80 million, reducing currently pledged bitcoin to roughly 65% of Marathon’s holdings.