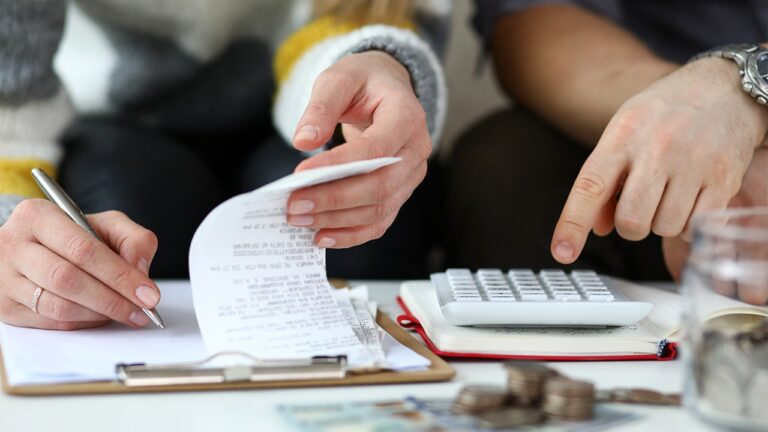 When it comes to spending, some couples aren’t entirely open with one another, according to an Edelman Financial Engines survey released Thursday.

The financial planning and investment advisory firm’s “Everyday Wealth in America” survey found 43% of respondents with a significant other indicated their partner “doesn’t know everything about their spending.” Of that 43%, 32% said their significant other knew “most … but not everything” regarding their purchases. Eight percent said their other half was aware of large purchases, and 3% said their partner knew about “none,” according to the survey.

EVEN ON VALENTINE’S DAY, COUPLES AND MONEY ARE NOT ALWAYS A LOVE MATCH, FIDELITY REPORT SHOWS

On the other hand, a majority (57%) of respondents who are married or have a partner said that they were “fully transparent” and that their sweetheart was aware of all their spending, Edelman Financial Engines said.

The percentage of women who said their other half didn’t “know everything about [their] spending” came in at 48%, compared to 38% of men.

Just over a quarter of respondents in relationships indicated their willingness to share their spending with their significant others has decreased due to inflation. Twenty percent said they felt “somewhat less willing” because of rising prices, while 8% said it made them “much less willing,” the survey showed.

32% OF AMERICANS ARE KEEPING A FINANCIAL SECRET FROM THEIR PARTNER, SURVEY CLAIMS

Inflation has been hovering around painfully high levels, with the consumer price index going up 0.4% month-over-month and 7.7% year-over-year in October, FOX Business previously reported.

The survey also found similar percentages of couples said they agree about financial goals and spending, with 68% reporting they “always” or “usually” agree on the former and 67% saying so on the latter.

Meanwhile, 46% with spouses or partners reported getting in at least one argument about finances and money, according to the survey. More than 80% said having financial discussions aided in resolving arguments to some extent.

On the whole, inflation and the possibility of a recession were the two financial issues that weighed most heavily on minds among all survey respondents. About 87% expressed concern about inflation, while 86% indicated they were anxious about a recession potentially happening.

The survey, conducted for Edelman Financial Engines by Greenwald Research, polled more than 2,000 U.S. adults ages 30 or older via online panel between Aug. 30 and Sept. 7. Its margin of error is 2%.