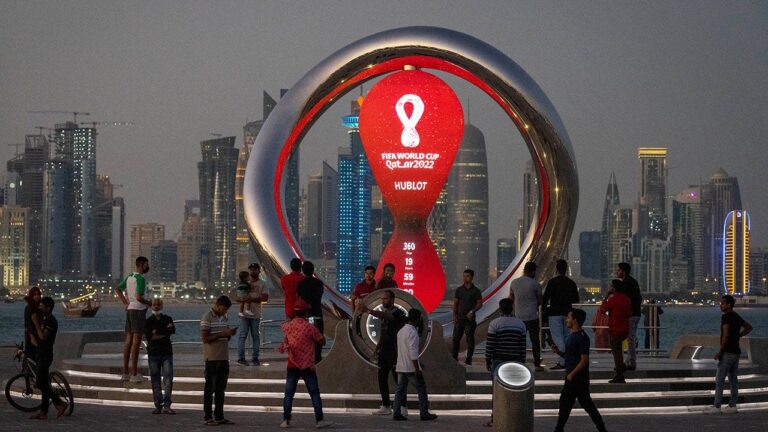 Morocco upset yet another European powerhouse Saturday when it beat Cristiano Ronaldo and Portugal 1-0 at Al Thumama Stadium.

However, its toughest challenge awaits against defending world champion France, which beat England 2-1 in Wednesday’s semifinal (2 p.m. ET on FOX and the FOX Sports app).

Here’s everything that happened at the World Cup Saturday.

Entering Saturday’s match, Portugal was one of the hottest teams in the tournament, and it seemed like it had finally found a replacement for Ronaldo’s goal scoring in Gonçalo Ramos. Then Saturday arrived, and none of that mattered.

Morocco, the only squad left in the tournament not ranked in the top 15 by FIFA, was clinical in the counterattack and had nine shots on goal — and the only goal of the game — despite losing the possession battle 73% to 27%. It also held Portugal scoreless. Morocco has only allowed one goal all tournament — an own goal against Canada in the group stage.

With the win, Morocco became the first African team to advance to the World Cup semifinals. Its next opponent will be its toughest yet, but nothing about what it’s shown at the tournament suggests the team will be fearful of the moment.

As for Portugal, it will look to the future, one that likely won’t include its legendary striker. By the time the 2026 World Cup rolls around, Ronaldo will be 41.

Despite England’s’ best efforts, France held off a tough opponent to advance to the World Cup semifinals for the second consecutive tournament and the third time in the last five World Cups. The last defending World Cup champion to make a semifinal was Brazil in 1998.

England had a golden opportunity to send the game to extra time with its second penalty kick of the night, but Harry Kane, who has scored more penalty kicks than anyone in World Cup history and now more goals than anyone in England’s history, sailed his attempt over his Tottenham teammate, goalie Hugo Lloris.

Since 1966, no team that had been awarded two penalty kicks in one match and lost. Not the type of history the Three Lions were hoping to make Saturday.

It was a familiar result for England at this stage of the tournament, but it came close to beating a French team considered almost unbeatable at full strength.

SAVE OF THE DAY

Yassine “Bono” Bounou was the Man of the Match for Morocco again Saturday and deservedly so. He continues to make highlight reel saves. He also became the first African keeper to record three clean sheets in a single World Cup.

ASSIST OF THE DAY

Olivier Giroud came through for France once again against England. Had it not been for Antoine Griezmann’s perfect cross into the box, Giroud likely would have had to pull off one of his patented acrobatic finishes.

GOAL OF THE DAY

Aurélien Tchouaméni wasn’t even supposed to start for France at the World Cup, but injuries to key midfielders — most notably N’Golo Kanté and Paul Pogba — forced Didier Deschamps’ hand.

While Deschamps would almost certainly love to have someone with Tchouaméni’s talent available off the bench, it’s safe to assume he was happy to have him in his starting lineup Saturday.

If you asked artificial intelligence to create the most comically French soccer fan, this is probably what it would look like.

There are no matches on Sunday, Dec. 11.