Why Are We Not Winning Wars Anymore? | Republican Investor

Why Are We Not Winning Wars Anymore? 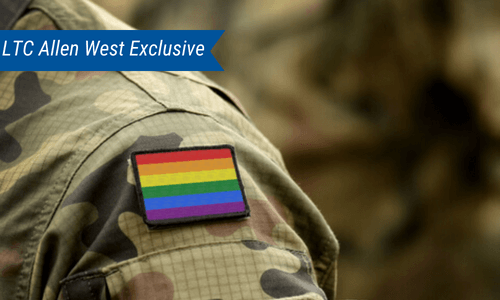 As a young, commissioned officer in the United States Army back in 1983, we had a mandatory reading list. That included books like Sun Tzu’s The Art of War and Erwin Rommel’s Attacks. I chose to read other historical books myself such as the tactics of Hannibal of Carthage as well as those of Alexander the Great. If there is one thing about the profession of arms, fundamental strategies, and tactics, along with principles of armed battle, rarely change. The thing that does change are the manner of arms and leaders. Today, our young officers in the military are compelled to read works such by Ibram X. Kendi about anti-racism and cultural Marxism. We have offices of diversity, equity, and inclusion in our Department of Defense. We are focused on pronouns use, according to a disturbing ideological agenda. We are more concerned with individuals who are confused about their gender, a declared mental condition called gender dysphoria, than military readiness. And we have uniformed leaders asserting that they want to understand white rage.

And we wonder why we are not winning wars.

Another of the mandatory books that I had to read as a young Army Second Lieutenant was Prussian military strategist Carl von Clausewitz’ book, On War. It was there we learned that “war is the imposition of one’s will upon the enemy.” As well, we, as future military professional officers and leaders, were instructed that “war is the continuation of policy by another means.” Therefore, armed conflagration is never the first tool a true leader should seek, but one should be prepared and offer a firm deterrent to those who would seek to engage in conflict.

John F. Kennedy once affirmed that “peace is not the absence of war” and for those of us who have read Niccolo Machiavelli’s The Prince know what that means.

There was once a time when America, even from its humble beginnings, understood that armed conflict meant winning, unconditional surrender. That began with the British surrender at Yorktown in October 1781 by Lord General Cornwallis, his sword as a symbol of capitulation. When the British refused to honor the terms of surrender and recognition of the United States we fought them again in the War of 1812…and they burned Washington DC as a means to bring about our surrender. In the Civil War the North unleashed William Tecumseh Sherman, who famously stated, “War is hell!”, against the South. Growing up in Georgia I learned about Sherman’s march to the sea through the Peach State, which included burning to the ground the city of my birth, Atlanta. The South surrendered, unconditionally, at Appomattox Court House.

World Wars I and II was about unconditional surrender by the enemy, and we introduced the use of a nuclear weapon to fulfill what Clausewitz said, “the imposition of our will.”

But something then changed, it started with the Korean War and the ramification to this day is the demilitarized zone (DMZ)…a place where I spent a year of my life in 1995. In Vietnam, where my older Brother served as a Marine infantryman, we allowed the enemy to impose its will upon us. We never lost a tactical engagement in Vietnam, but we were defeated strategically. Even in my first combat deployment, Operation Desert Shield/Storm, we fought a half-measured combat engagement. Yes, we drove Saddam Hussein from Kuwait, but we left his capability intact…and we later returned. And we can talk about the debacle of Afghanistan all day long. We never won, matter of fact, we were embarrassed in what can only be classified as victory for the Taliban.

Ronald Reagan was once asked how he defined success in the Cold War. He responded as only Reagan could, “we win, they lose”. And indeed, the Soviet Union lost that ideological conflagration. But in these most recent years we have failed to properly identify the enemy, and unleash our strength against them. Case in point, the moniker “War on Terror” is insidious. Terror is a tactic, we did not engage in World War II against the “blitzkrieg” or “kamikaze.” No, we fought that war against Naziism (national socialism), fascism (Italy), and imperialism (Japan). We have failed to clearly focus on militant Islamic jihadism as a dangerous ideology and defeat it…instead we seek to dismiss, appease, and in terms of the Joint Comprehensive Plan of Action (JCPOA, Iranian nuclear agreement) fund it with billions of dollars.

We have become embroiled in a regional conflict between Russia and Ukraine when all we need to do is leverage our energy independence and export those oil and gas resources. The Germans went into Romania in WW II because of the Ploesti oil fields. Japan was angered when we cut off oil shipments. Energy security is a policy tool that is effective in undermining our most threatening opposition, OPEC+.

We don’t win anymore because there are those who just have forgotten what winning means, and some do not want to win. We do not win wars anymore not because of the men and women in uniform, but rather those at the strategic/political decision-making level. Clausewitz advanced the theory of the paradoxical trinity – the government, the military, the people – as a combined strength of Nation. Sun Tzu said that “to know yourself, know your enemy, and know the battle environment” you will always be victorious in battle.

We are not winning wars because we are not reading the classical military strategists and applying their time-honored principles.

Lt. Col. Allen West (ret.) is the Executive Director of the American Constitutional Rights Union and ACRU Action Fund. He is a constitutional conservative, combat veteran, and former member of the U.S. Congress.