Whitmer kidnapping: 3 men who aided plot sentenced to at least 7 years in prison 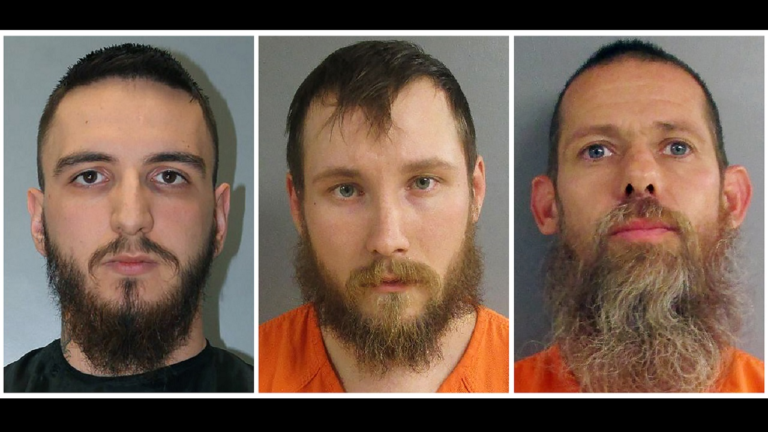 Prior to the men learning their fate, Whitmer, in a recorded impact statement played in a Jackson County courtroom, said “A conspiracy to kidnap and kill a sitting governor in the state of Michigan is a threat to democracy itself.”

“This kind of violent extremism has become disturbingly common. Online radicalization is spiraling into real-life action,” she continued. “Political leaders and their families on both sides of the aisle are being threatened and attacked.”

“Unfortunately, these defendants have not accepted responsibility for their actions,” she added. “If you want my advice on what to do with men like this, it’s simple. Impose a sentence that meets the gravity of the damage they have done to our democracy.”

The trio, according to The Associated Press, held gun drills in rural Jackson County with a leader of the scheme, Adam Fox, who was disgusted with Whitmer and other officials in 2020 and said he wanted to kidnap her. State prosecutors have said the Wolverine Watchmen – which the three were a part of – was a criminal enterprise.

During their trial, jurors read and heard violent, anti-government screeds as well as support for the “boogaloo,” a civil war that might be triggered by a shocking abduction. Prosecutors said COVID-19 restrictions ordered by Whitmer were used to influence more people to the Watchmen.

Defense attorneys argued that the three men had broken ties with Fox by late summer 2020 when the Whitmer plot came into focus. Unlike Fox and others, they didn’t travel to northern Michigan to scout the governor’s vacation home or participate in a key weekend training session inside a “shoot house.”

Whitmer, a Democrat recently elected to a second term, was never physically harmed. Undercover FBI agents and informants were inside Fox’s group for months, and the scheme was broken up with 14 arrests in October 2020.

Morrison and Bellar apologized to Whitmer during their sentencing hearing Thursday.

“Your honor, I am not the boogeyman that the prosecution is trying to claim that I am. I’m a father, I am a husband, I am a friend and a neighbor. I made mistakes. I acted recklessly and carelessly with my words. I got around the wrong people, I fed off their energy,” Morrison said. “I send my sincere apology to the governor, to her family and all law enforcement who were affected by what conspired with this whole thing… if I could, your honor, I’d take it all back.”

Whitmer, in her own statement, said she and her family have been “changed” following the ordeal.

“I worry about the safety of everyone near me when I am in public,” she said. “I am reluctant to share too much because I worry that it could endanger a loved one, a staff member, a police officer on my security detail.”

Separately, in federal court in Grand Rapids, Fox and Barry Croft Jr. – who were convicted in August on two counts of conspiracy related to the kidnapping scheme and attempts to use a weapon of mass destruction — face possible life sentences in two weeks.

Two men who pleaded guilty received substantial breaks: Ty Garbin is free after a 2 1/2-year prison term while Kaleb Franks was given a four-year sentence. Brandon Caserta and Daniel Harris were acquitted by a jury.