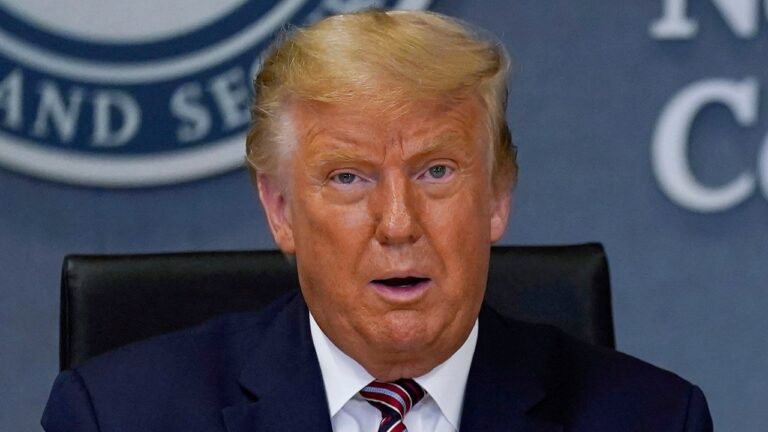 Former President Donald Trump was mocked across social media Thursday after hyping up a “major announcement” that turned out to be digital trading cars with his face superimposed onto them.

“These limited edition cards feature amazing ART of my Life & Career! Collect all of your favorite Trump Digital Trading Cards, very much like a baseball card, but hopefully much more exciting,” Trump wrote. “Only $99 each! Would make a great Christmas gift. Don’t wait. They will be gone, I believe, very quickly!”

The announcement prompted dismay and laughter on social media almost immediately, with Trump fans and critics alike poking fun at the former president.

Alyssa Farah Griffin, a former aid to Trump turned one of his top critics, took the opportunity to compare how Trump was spending his day to how Florida Gov. Ron DeSantis was.

DeSantis is widely considered Trump’s top Republican rival as the former president seeks to run for president a third time in 2024, even though DeSantis hasn’t announced his candidacy.

While Trump was announcing his card collection, DeSantis was signing legislation cutting traffic tolls for commuters.

“The speculation from other [Republicans] and even some Dems was rampant that the ‘major announcement’ would be about his campaign or [Kevin] McCarthy. But, instead it’s a quick money-making opportunity trussed up with a meme,” she wrote.

Many others joined the pile-on as well.

It remains unclear just how many Trump trading cards there are to collect, but the website encourages buyers to purchase any number from one to 100 of them.