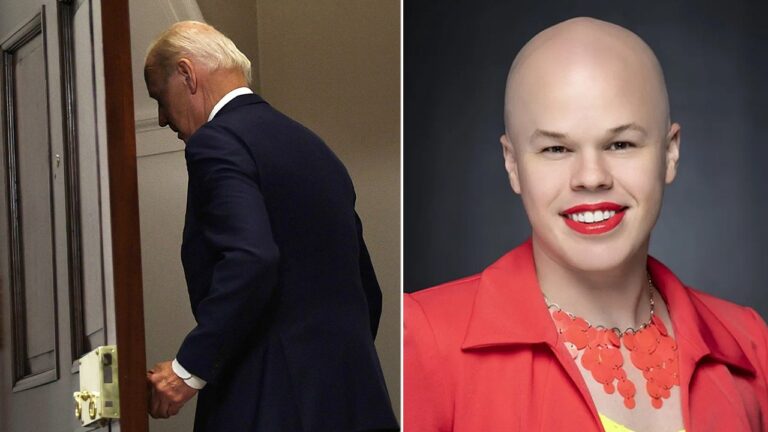 EXCLUSIVE: Sen. John Barrasso, R-Wyo., is calling on the Department of Energy (DOE) to launch an internal investigation into its security clearance process after the agency ousted Sam Brinton, the non-binary nuclear waste official who is now facing the possibility of significant prison time.

Barrasso — the chairman of the Senate Republican Conference and ranking member of the Senate Energy and Natural Resources Committee — told Fox News Digital that he was renewing his calls for answers from the DOE and Energy Secretary Jennifer Granholm regarding the agency’s vetting process for employees and appointees. The Wyoming Republican said Granholm has repeatedly ignored his previous requests for answers.

“It is clear as day that felons should not hold security clearances,” Barrasso told Fox News Digital. “For months, I’ve been demanding answers from the Department of Energy on their failed security clearance process. Secretary Granholm has provided none.”

“When people are appointed to critical positions with important national security responsibilities, Americans must be confident they can be trusted,” he continued. “The department must launch a thorough investigation into the vetting process. They have to respond to legitimate oversight inquiries. It’s in our national security interest.”

Barrasso’s comments came after the DOE confirmed that Brinton, who served as the DOE’s deputy assistant secretary for spent fuel and waste disposition since June, had departed the agency. An agency spokesperson wouldn’t give any additional details, saying the DOE isn’t allowed to “comment further on personnel matters.”

Brinton has been charged with stealing luggage on two separate occasions and faces up to 15 years in prison.

In October, law enforcement charged Brinton with stealing a suitcase worth $2,325 from a Minneapolis-Saint Paul International Airport (MSP) baggage carousel on Sept. 16, and last week, police charged Brinton with grand larceny, alleging Brinton stole a bag worth $3,670 from a baggage carousel at Harry Reid International Airport in Las Vegas in July.

Brinton also allegedly stole jewelry valued at $1,700, clothing worth $850 and makeup valued at $500 that were in the bag taken at the Las Vegas airport.

In both cases, detectives reported that Brinton exhibited similar behavior when taking the two bags. According to security camera footage reviewed by police, in each instance Brinton approached the baggage carousel before looking around quickly, taking the suitcases and hurrying away.

Las Vegas police initially closed their case into the stolen baggage in July after they were unable to determine the suspect’s identity. But they reopened the case after seeing media reports late last month about Brinton’s alleged theft in Minnesota.

While investigators in Las Vegas were unable to contact Brinton, an MSP airport police officer was able to speak with Brinton in a brief phone call.

“If I had taken the wrong bag, I am happy to return it, but I don’t have any clothes for another individual,” Brinton told the officer. “That was my clothes when I opened the bag.”

Brinton then called the officer back hours later, apologizing for not being “completely honest” and blaming the theft on tiredness.

In July, meanwhile, Barrasso wrote to Granholm asking her to answer several questions about the DOE’s process for vetting and granting security clearances. He sent another letter demanding a thorough review of the DOE’s vetting process to the energy secretary on Nov. 30 after Brinton’s first alleged theft was reported.

Then, on Friday, he sent a third letter to Granholm, again demanding answers.

“As I stated in my last letter, the Deputy Assistant Secretary’s security clearance needs to be immediately revoked, and the Department needs to undertake all necessary steps to terminate Brinton’s employment immediately,” Barrasso wrote. “The Department’s failure to remove an individual who has now been charged with multiple felonies from its most senior ranks is shameful, inexplicable, and actively eroding the trust of the public it serves.”

“This is my third straight letter to you in a series of unanswered inquiries related to Department personnel and national security,” he added.

Barrasso told Fox News Digital that Granholm has yet to respond to any of the inquiries.

The DOE didn’t immediately respond to a request for comment.