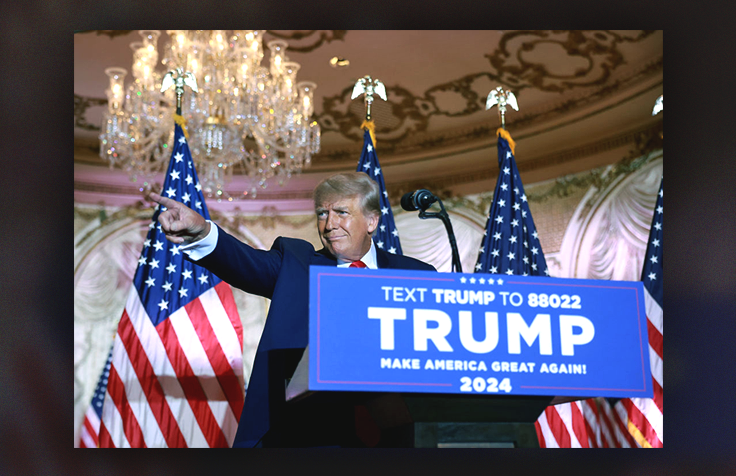 Donald Trump’s entry into the 2024 presidential race has already made a difference in the lives of hardworking Americans. Inflation slowed more than expected in November, the Bureau of Labor Statistics (BLS) reported on Tuesday, exactly four weeks since Trump announced his candidacy and declared that “America’s comeback starts right now.” Prices rose 7.1 percent compared with November of last year, which was the smallest year-on-year increase since December 2021.

President Joe Biden naturally tried to claim credit for the economic data. “You’re beginning to see the impact of our economic strategy,” he said Tuesday, nearly two years after taking office. Whereas Biden pompously neglected to cite Trump’s campaign announcement as the most likely catalyst for the strong inflation numbers, the former president was characteristically demure in response to the BLS report.

Trump declared his candidacy on November 15, vowing to “make America great and glorious again” and alleviate the “pain, hardship, anxiety, and despair” that have defined the Biden era. Tuesday’s inflation numbers suggest Trump is already making good on that promise. Probably because he cares so much about this country’s future, unlike the current president who will probably die soon.