There is plenty of controversy out there in regards to night sights, their uses, are they necessary, and their general tactical considerations. I’m not here to touch on tactics but on history. I think I might have found a very early example of two things for handguns. First, night sights. Second, an electronic sighting system. A company called L-Tronic made some very interesting sighting arrangements.

L-Tronic seems to have been a one-man show run by a gentleman name Cap Cresap. I can’t find much info on the man. A few references to him in his hometown and something about artillery. They are either the same man or share the same name in the same California town. His night sight system was rather clever, especially for the time.

He implanted light emitting diodes, LEDs, into the front and rear sight of your firearm. The front sight were to be trimmed and an undercut exposed where the light was placed and held there with epoxy. 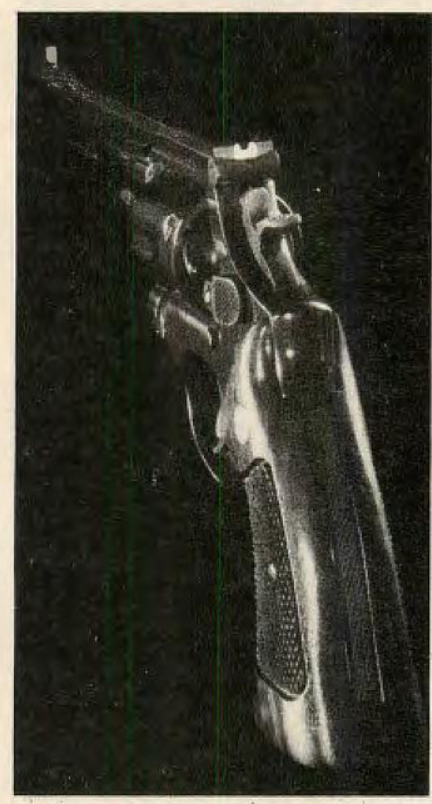 The rear sight got the same treatment with the LED placed in the middle of the rear sight. The front LED would be red, and the rear would be green. Supposedly with a proper sight alignment, the sights would combine light and become yellow.

The LEDs would spring to life, and the shooter could then align the front with the rear and aim their weapon in low light conditions. Obviously, that meant wires and early L-Tronic night sight installations could only be done on revolvers with a vent rib. The rib was seemingly used to hide the wires. A writer named Jerry Ahern described the wires as being impossible to find, and invisible to the naked eye.

How The Sausage Is Made

Cap Cresap installed the LEDs and wires necessary to connect them to a battery. The wires ran into the grip of your revolver, which was hollowed out to accommodate a rechargeable battery, although they later switched to disposable hearing aid batteries.

A button was installed as part of your grips on the off-hand grip. This allowed the middle finger to activate the L-Tronic night sights with a natural firing grip. The batteries would last for six hours of continuous use. 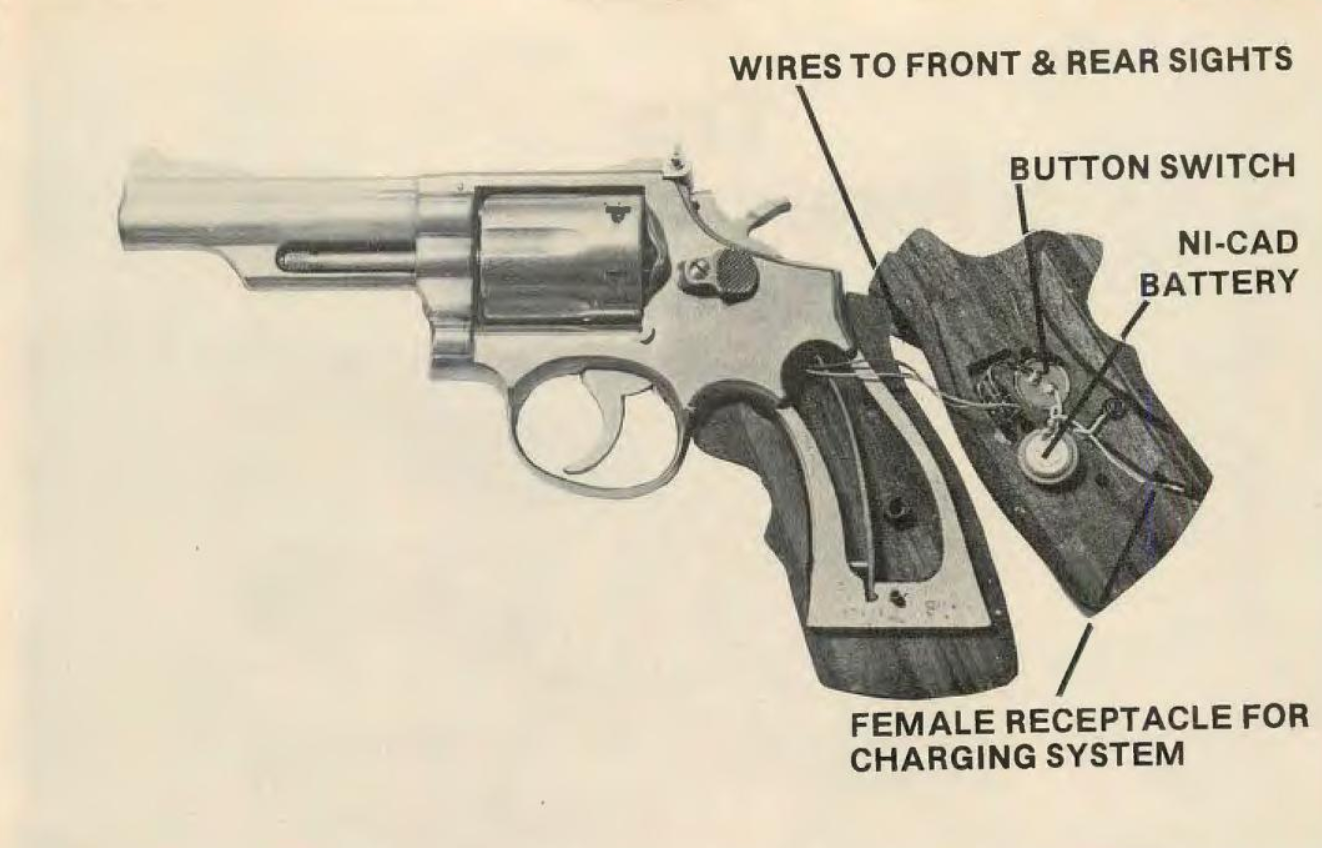 The glowing LED apparently could not be seen by anyone in front of the gun. I imagine at the time, and these dots didn’t glow exceptionally bright anyway. They likely would be useless as a daylight sight. That being said, if they failed, you still had your regular sights to rely on.

There were big plans. Apparently, Cap was working on night sights for M1911s and shotguns. He had figured out how to install his LEDs on a Mini 14 and M16 front sight. Apparently, they were going to use smaller, brighter LEDs and swap wires for printed circuit boards in the future.

According to L-Tronic they had several law enforcement agencies test the sights. The Phoenix PD reported that they increased hit rates by 400% in low light. The LAPD approved the use of L-Tronic sights for personal and duty weapons in 1974. Even the Secret Service tested them and found them satisfactory.

The only information I’ve ever found on this setup comes from a 1978 issue of Soldier of Fortune. I saw Cap’s name referenced by a paper written in 1976 called Proactive Weaponry Planning: A Systemic Policy Formulation Model for Law Enforcement Agencies in reference to shooting in low light, but no other information.

Other than that, the company dropped off the face of the world, at least as far as weapon design goes. A company called L-Tronics existed in Santa Barbara, and they produced electronics for signal detection for search and rescue.

The L-Tronic Night Sights came and went seemingly fairly fast. It was a neat idea, especially for the 1970s. Sure, it’s all about red dots these days, but this was an unusual solution to an interesting problem.

Who Is Viktor Bout, the ‘Merchant of Death’ Arms Dealer Biden Traded to Russia For Brittney Griner?