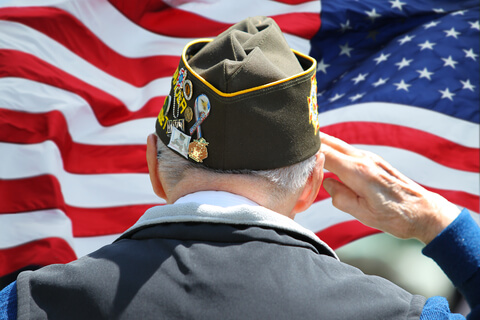 WASHINGTON, DC — The Association of Mature American Citizens (AMAC) and the American Constitutional Rights Union announced today that they have joined forces to serve American veterans and advance freedom. These well-established conservative organizations are dedicated to serving veterans and military families through their respective veteran programs. AMAC Foundation Veteran Outreach Program (FVOP) and ACRU’s Committee to Support and Defend (CSD) will represent the largest and only partnership of its kind, serving veterans while also amplifying their voices and mobilizing them to impact their communities and the country for the cause of liberty and constitutional governance.

ACRU Executive Director LTC Allen West is the national spokesperson for this joint operation. “Together, we are a strong force, advocating for veterans’ issues, a strong military not bogged down with woke delusions, and a free and prosperous country planted firmly on the Constitution. America needs to hear from these patriotic veterans and AMAC and ACRU and their affiliate organizations intend to make sure no one can ignore them. We will be everywhere, in communities, in state houses and in Washington and we aren’t going away.”

AMAC is focused squarely on protecting the interests of America’s seniors, with over 2 million members, and they have created a vast array of resources for their members who are veterans through FVOP. The Association of Mature American Citizens (AMAC) has long held the support of our country’s armed forces Veterans to be a priority. AMAC founder Dan Weber served in the U.S. Air Force and felt strongly that veteran entrepreneurship and the veteran community were key ingredients in the strength of our nation and its economy.

AMAC’s affinity with the Veteran community is deep, with roughly 75% of the families in the membership having a direct Veteran connection, and with 31% of their members having served in the military. The AMAC Foundation Veteran Outreach Program (FVOP) educates and informs American veterans on programs and policies that will improve their lives in honor of their service to our Nation, as evidenced by collaboration efforts already underway with multiple Veteran-related organizations.

ACRU is an organization whose founding board member was former Attorney General Edwin Meese III, who served Attorney General in the administration of President Reagan. He still serves on the ACRU Board of Directors. For over twenty years ACRU has been protecting God-given rights as outlined in the Constitution, such as free speech, religious liberty, and the 2nd Amendment. Two years ago, ACRU’s Committee to Support and Defend was started under the leadership of ACRU Executive Director LTC Allen West to give a voice to active service members and veterans as they continue to honor their oath to support and defend the US Constitution.

AMAC CEO Rebecca Weber announced, “AMAC and ACRU, together and with our affiliate organizations, AMAC Action and ACRU Action, are doing something that has never been done. We have created a substantial partnership that will impact the entire country, getting veterans resources they need, while also allowing them to weigh in on important issues in their communities and at the state and national levels.”

ACRU President and CEO Lori Roman stated, “ACRU’s Committee to Support and Defend is made up of veterans leading Americans in defense of their liberty. They still want to serve. They took an oath to support and defend the Constitution of the United States of America and they believe that oath has no expiration date. As we join forces with AMAC members who are veterans, we grow in strength and number, and we become the largest most impactful voice for patriotic veterans who want to save the country from authoritarianism and ideologies that are destroying our institutions and weakening our military. At the same time, we introduce our members to resources provided by AMAC that will enrich their lives.”

AMAC Foundation Executive Director, Joleen Teninty embraces the collaboration with the ACRU, saying, “I look forward to the opportunity to continue expanding and enhancing the resources we provide. As a productive partnership we can ensure America’s senior and Veteran communities stay informed and active; and as part of the FVOP collaboration, there will be paths paved with other great Veteran-related organizations as well.”